A wave of users are reporting problems 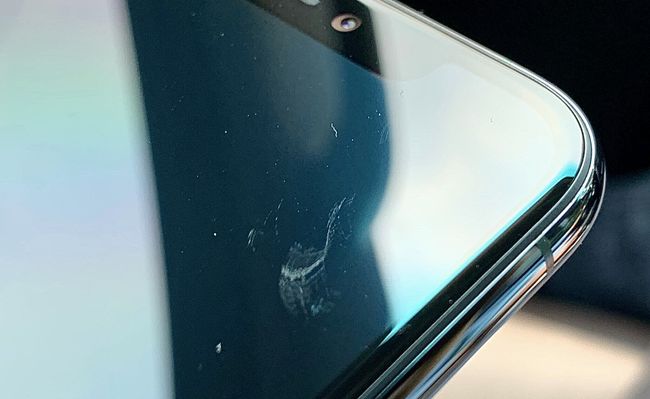 A wave of users that is quickly turning into a tsunami is claiming that their iPhone 11 displays scratch way too easily. The photos and testimonies they are posting in this Apple support thread are pretty damning, but the company hasn’t replied to any of this yet.

These users are claiming that their phones are getting scratched no matter how much care they put into making sure that nothing can damage them. They say that they only put their phones in their pockets — free of coins, keys or any other objects — and the phones will get microscratches apparently out of nowhere. Sometimes the scratches even look like permanent smears, as you can see in the photo above.

All of the reports come from users who claim to have had other iPhones in the past and have never experienced these problems:

I'm also having this problem on my new iPhone 11 Pro. I've had it for roughly 2 weeks. It only ever goes in my pocket or on a wireless charger. I already have scratches on the display that didn't show up on my last iPhone X until after 2 years of use.
thelaststep1989 - Apple Support Forums

Another user added that “the screen feels like it can get scratches or smears when not even in contact with sharp or rough surfaces. Never had this issue with previous generation iPhones. Not impressed.”

Most of the reports are like that, often containing detailed circumstances about how the scratches happened: “My wife and me have put our brand new iPhones 11 inside our pocket pants and both screens get scratched the second day of use (mines right in the selfie camera, apple says ‘without mal function’).” In other words, people are not subjecting their iPhones to torture tests.

Many users are claiming they are long time iPhone users and they have never experienced anything similar, like this one: “I have used the iPhone since the first generation. I never install any screen protector, and I never had any serious scratch whatsoever. This is the first time I experience something like this.”

The people affected are claiming that Apple Store technicians are telling them the damage is their fault, even while they say that they have never exposed their phone to any objects that may have scratched them.

Here are some of the images we collected in the thread, which is at 17 pages at the time of writing:

Screen seems fine according to the scratch tests I saw. Totally in line with high end industry standard.

no one uses screen protectors? I have had to replace my iphone screen twice. They are freakin brittle. I have a quite thick screen protector now and a metal/rubber case.