Trump's strategy for the border wall 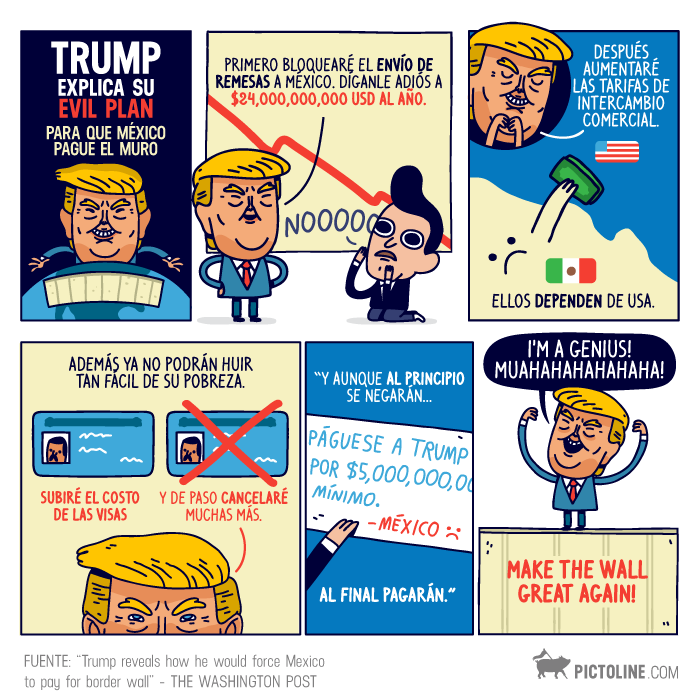 Donald Trump says he would force Mexico to pay for a border wall as president by threatening to cut off the flow of billions of dollars in payments that immigrants send home to the country, an idea that could decimate the Mexican economy and set up an unprecedented showdown between the United States and a key regional ally.

In a two-page memo to The Washington Post, Trump outlined for the first time how he would seek to force Mexico to pay for his 1,000-mile border fence, which Trump has made a cornerstone of his presidential campaign and which has been repeatedly scoffed at by current and former Mexican leaders.

The proposal would jeopardize a stream of cash that many economists say is vital for Mexico’s struggling economy. But the feasibility of Trump’s plan is unclear both legally and politically, and it would test the bounds of a president’s executive powers in seeking to pressure another country.

In the memo, Trump said he would threaten to change a rule under the USA Patriot Act antiterrorism law to cut off a portion of the funds sent to Mexico through money transfers, commonly known as remittances. The threat would be withdrawn if Mexico made “a one-time payment of $5-10 billion” to pay for the border wall, he wrote.