0
The Room Nextdoor
Next

A Florida traffic stop turned into a surprise narcotics bust after police found what looked to be a bag full of drugs in the car. 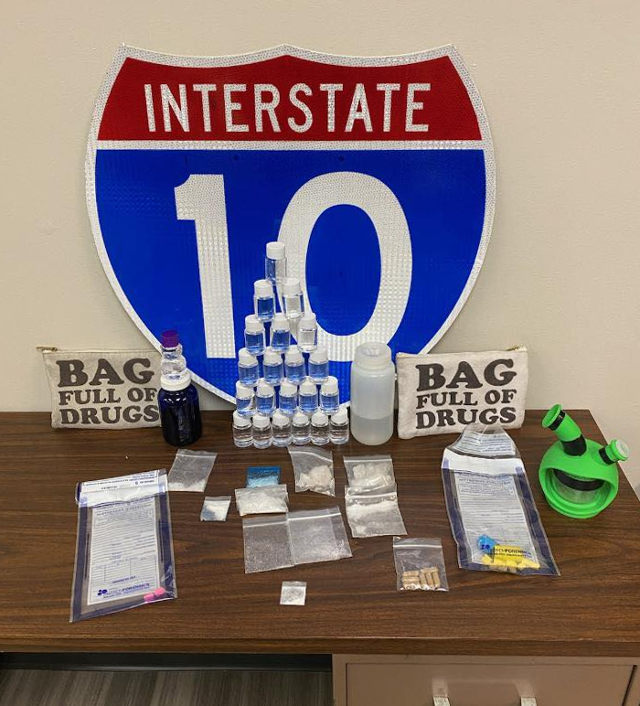 It was labeled "Bag Full Of Drugs."

A Florida Highway Patrol trooper made the stop after observing a car going 25 miles per hour over the limit Saturday, the Santa Rosa County Sheriff's Office said.

A Sheriff's K-9 arrived at the scene and alerted police to the presence of contraband inside.

That's when police said they found the narcotics -- there were approximately 75 grams of methamphetamine, 1.36 kilograms of GHB, 1 gram of cocaine, 3.6 grams of fentanyl, 15 MDMA tablets and drug paraphernalia.

"Note to self- do not traffic your illegal narcotics in bags labeled 'Bag Full Of Drugs,'" a Facebook post from the Sheriff's office read. "Our K-9's can read."

That is pretty darned funny!