12
Can lithium halt progression of Alzheimer’s disease?
Next

Wonder where generic drug names come from? Two women in Chicago, that’s where 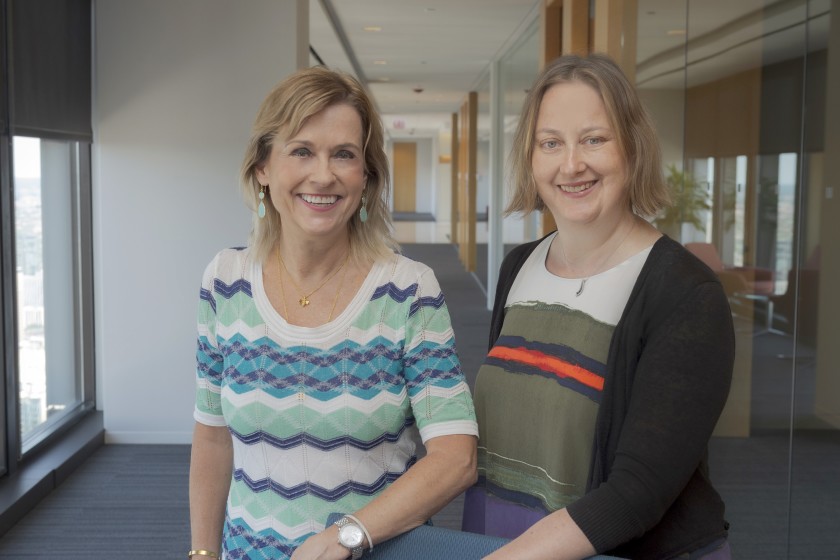 Orange resident Wayne King had a simple enough question: How do prescription drugs get named?

My initial guess was there must be some blue-ribbon panel of experts involved, or maybe a fancy computer algorithm.
I couldn’t have been more wrong.

King, 80, made clear that he wasn’t so interested in brand names, which drug companies typically struggle to concoct because, simply, all the good ones have been taken.

“Who decides those names in parentheses?” King asked.

Brand names are typically cooked up by marketing and naming professionals, with the goal of finding something simple and catchy enough to resonate with consumers.

Lilly’s Trulicity, for example, is a drug intended to help people with Type 2 diabetes control their blood sugar.

The brand name doesn’t convey that — it doesn’t convey anything about the drug — but it does feature a prefix that sounds like “true,” which connotes reliability and trustworthiness. It also suggests “simplicity,” which is nice, and is relatively easy to pronounce.

The generic name, dulaglutide, is more of a tongue twister, a seeming mishmash of syllables that’s probably impenetrable to most patients.

No one at Lilly responded to my request for comment. In fact, none of the drugmakers listed above weighed in on the naming process, for either branded meds or generics.

So I tracked down Stephanie Shubat, director of the United States Adopted Names program, a quasi-public department within the American Medical Assn. that’s responsible for coming up with the generic names for all new drugs.

“We’re the name in the parentheses,” she told me.

Their recommendations go to the five-person USAN Council, which operates primarily via email and meets in person twice a year.

Picture Shubat and Karet, hunkered down in their offices at the AMA headquarters in Chicago, smushing syllables together for about 200 drug applications a year.

Shubat laughed when I remarked how weird that seems, the two of them chewing over nearly all generic drug names nationwide and, by extension, for much of the world.

“It can be a little strange,” she said. “It’s not unusual to see us talking to ourselves in our offices.”

Frequently, drugmakers try to get ahead of the curve by suggesting their own generic names.

Shubat said she and Karet have to be vigilant for generic names that sneakily come too close to the original manufacturer’s name or the eventual brand name, which could give the company an unfair advantage after the patent expires and generic makers try to compete.

In other words, the generic has to be sufficiently different from the original brand so no confusion is possible.

Shubat cited the example of the arthritis drug Celebrex, for which Pfizer managed to swing the generic name celecoxib in the 1990s.

With its clear echo of “Celebrex,” celecoxib may prompt some patients to continue seeking out the pricier name-brand version rather than cheaper generics.

“A name like that wouldn’t be approved today,” Shubat said.

Shubat said this is done primarily by assigning uniform “stems” to drug names — that is, drugs with similar structures or purposes will have similar-sounding names, or parts of their names.

The anti-anxiety drug lorazepam, for instance, would share “azepam” with similar medications; cortisone derivatives would have “cort” somewhere in their generic name.

The artistry comes in the assignation of a prefix, Shubat said. Unlike with celecoxib, the prefix shouldn’t hark back to the name-brand drug. Nor should it be potentially offensive in any language.

“We had one that was suggested by a manufacturer that used the prefix ‘privi,’ which sounds like an outhouse,” Shubat said. “We didn’t accept that.”

She also said USAN will put the kibosh on generic names that include the letters W, K, H, J and Y, because they could create confusion abroad for non-English speakers with different pronunciations.

“It can become a lot of wordsmithing,” she said of the process. “Yes, it’s all based on science, but it can still take some creativity.”

Shubat also acknowledged that, as with name-brand names, there’s a growing shortage of generic names.

Basically, there are only so many ways you can attach syllables to stems, and USAN and other international bodies already have come up with about 11,000 generic names over the last half a century.

“Sometimes I look at license plates for new prefix ideas,” Shubat confided. “Sometimes I borrow from the names of cats or dogs.”

I asked whether it can drive her batty, like a Daily Jumble or game of Scrabble that never ends.

“It can,” Shubat replied, saying that she does on occasion wake up in the middle of the night with potential drug names dancing through her head.

Still, she says, she enjoys what she does for a living and has no regrets about turning away from the career in dentistry that she once believed was her calling.

After all, who’d want to poke around people’s mouths when they could instead claim credit for mouthfuls such as palbociclib?

And it’ll be our little secret that Shubat might have seen part of that on a license plate or dog bowl.