We should not listen to Donald Trump... 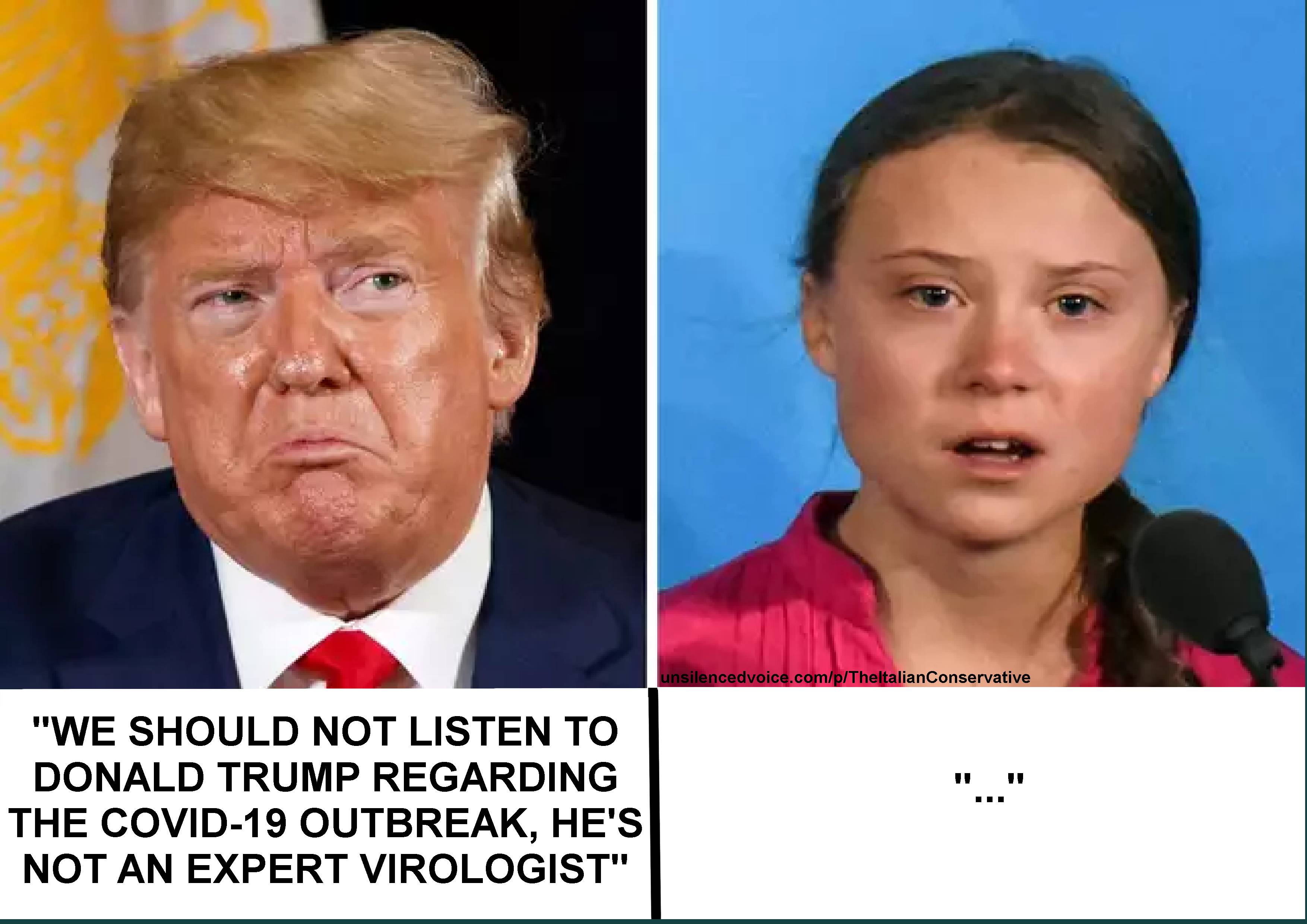 He is a president/Commander In Chief of one of the most important countries in the world, Old guy with decades of life experiences and work experiance graduate of a prestigious college.

She is a kid, not even out of school yet. She has no real work experience. She is very well traveled and has meet several very influential people holding important positions around the world, but due to her age and celebrity status, limited on her world experiences that really matter.

Almost every thing she says is her feelings and opinions. She doesn't get deep into the science and math or data backing what she talks about but instead pushes people to and particularly politicians to listen to scientist and take actions that would be positive to the environment. She may make mistakes, misspeak, mix up some facts here and there or sometimes push ideas that have minor impact harder than they warrant.

He Lies, Exaggerates, dumb down simplistic ideas while skipping any complex thoughts. He belittles, name calls and attacks anyone that doesn't overtly bow and kiss his ring. He constantly takes credit for things he didn't do and pushes blame onto others for things he did do.

He has left Puerto Rico to suffer after a hurricane while pointing fingers at everyone else for doing a horrible job. He made a very bad situation in Syria much worse for millions of people, He has made the situation in Iraq more complicated, He has made NATO weaker and more distracted from the mission. He has achieve no progress in Korea or Afganastan while bad mouthing his predecessors for failing to do the same thing. Dispite the job market and Job numbers (prior to corrona) he distroyed NAFTA, China and European Trade deals without having a new and better deal to replace them. After years of publicly talking shit about our trade partners he was trying to negotiate with he signs an agreement that was to much better than it was to start with. While she is asking for improvement to be made to improve the environment and stop global warming he has done everything he can to undo every effort to even slow down global warming and undo protections for the environment that most non tree huger would agree we should be doing.

He is suppose to be a leader that, like him or not, you should be able to rely on him to at a minimum surround himself with experts and people that can get the job done. Instead he has surrounded himself with yes men that break the law, ignore rules and regulations and lie about everything. He is suppose to be able to put two people that disagree with everything the other stands for in a room and use his position to attempt to force a compromise, instead he puts them in a room and pisses them off more by insisting they do it his way.

Should we listen to Trumptydumpty tell us his dumb down twisted version of a truth we know he doesn't believe or understand, FUCK NO!

Should we listen to her about science and environment details, WHO cares, she is just a kid (for now). 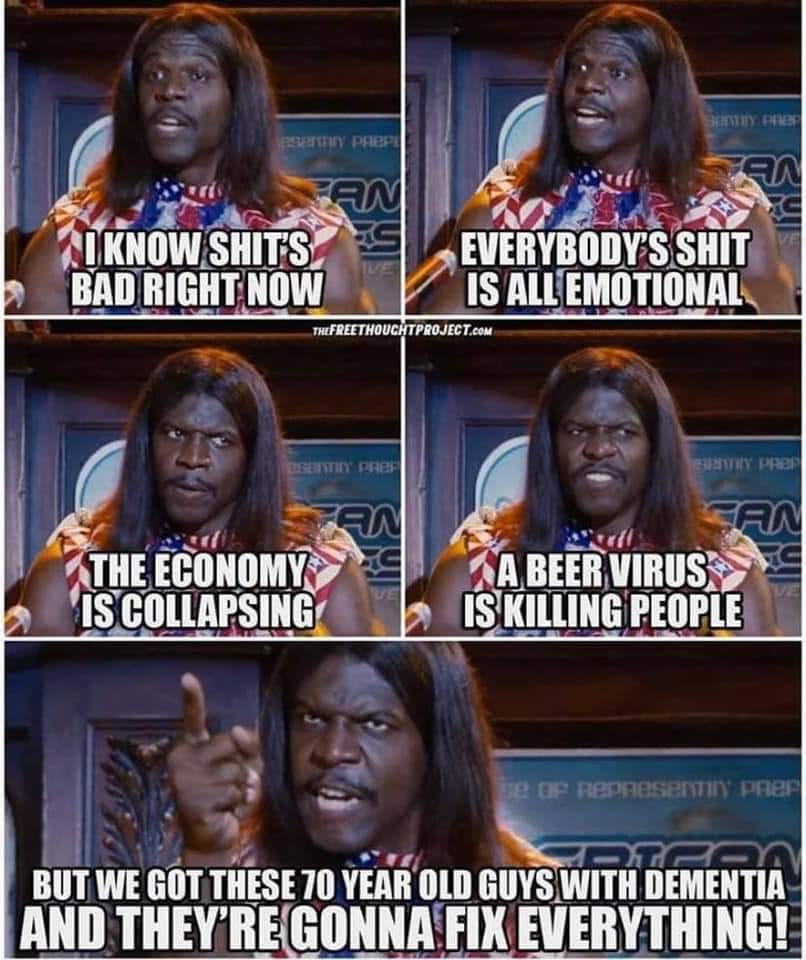