If a tree falls in a forest..

Another 40cm or so came down last night, so I went stomping around in the hills to try out some new poles I found. Not exactly perfect skiing conditions, but very peaceful and a good exercise. It's been hovering around 0°C, so the snow is wet and heavy, and the trees are suffering. As I passed under one particularly miserable-looking spruce I heard the sound of wood creaking...

(You can skip to 30s, but you'll miss the glorious suspense

(.. and deepest apologies for filming vertically.)

A couple of other winter photos from the day.. 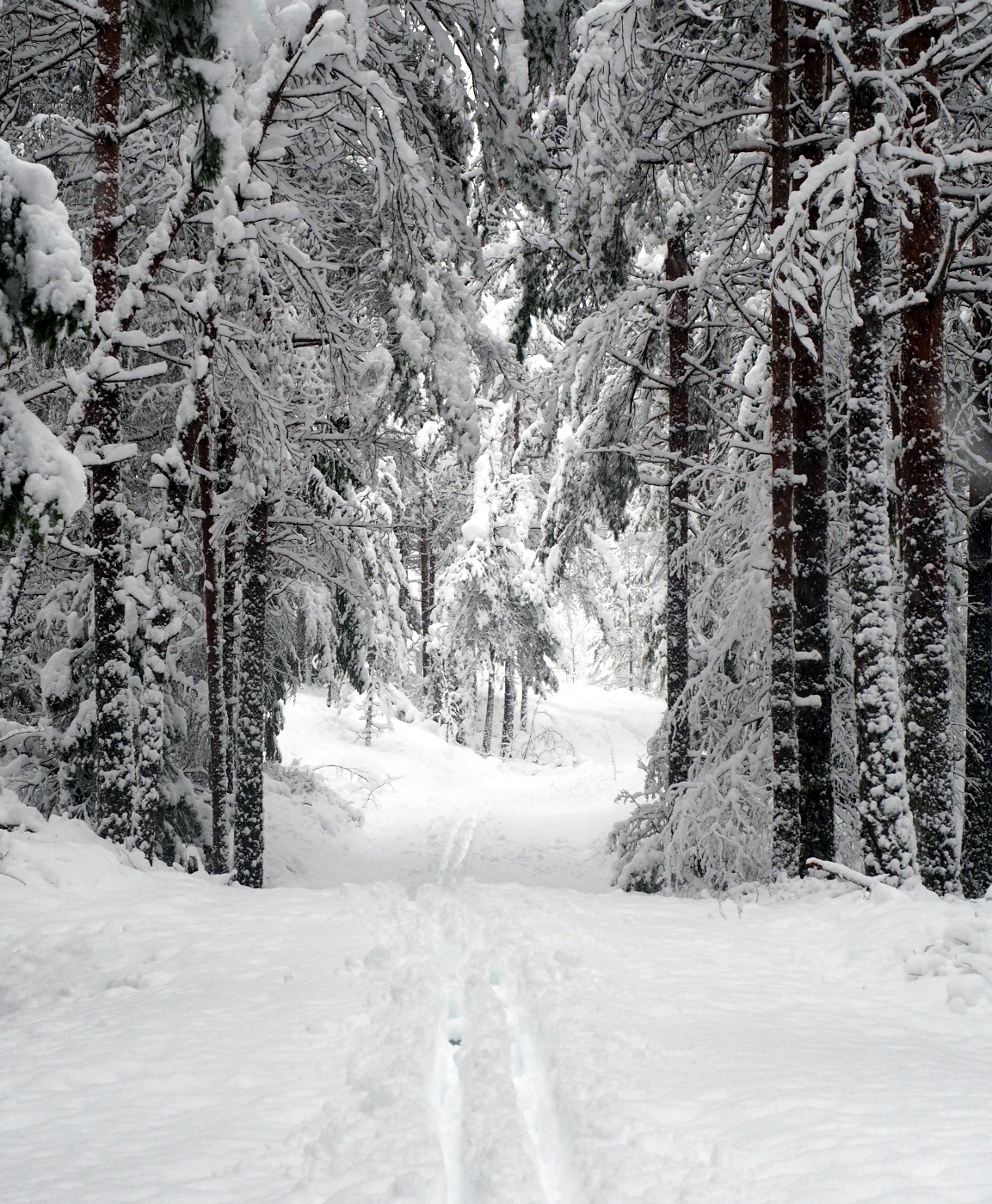 Normally a driveable road, but not today. And probably not for another few months. 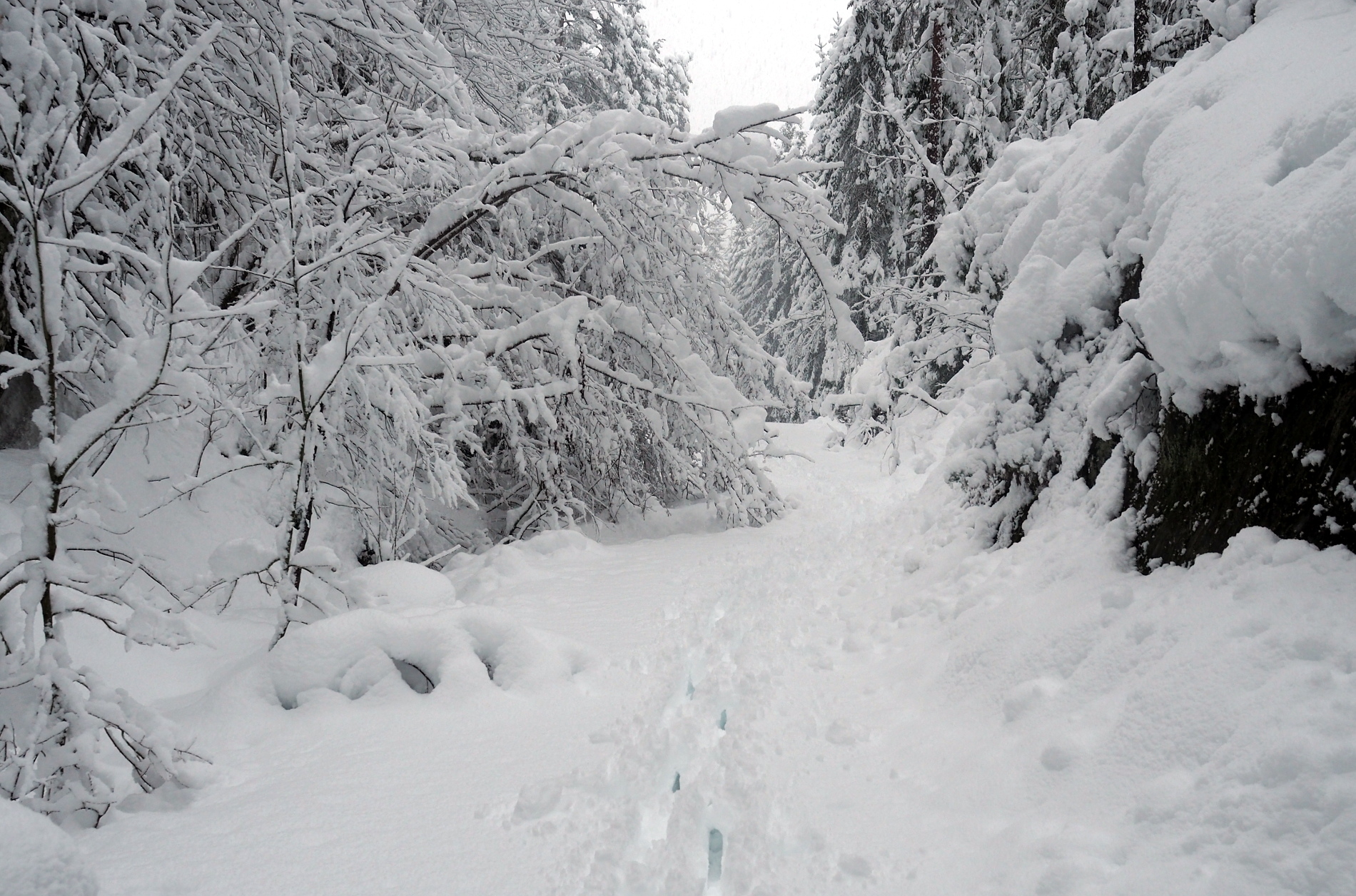 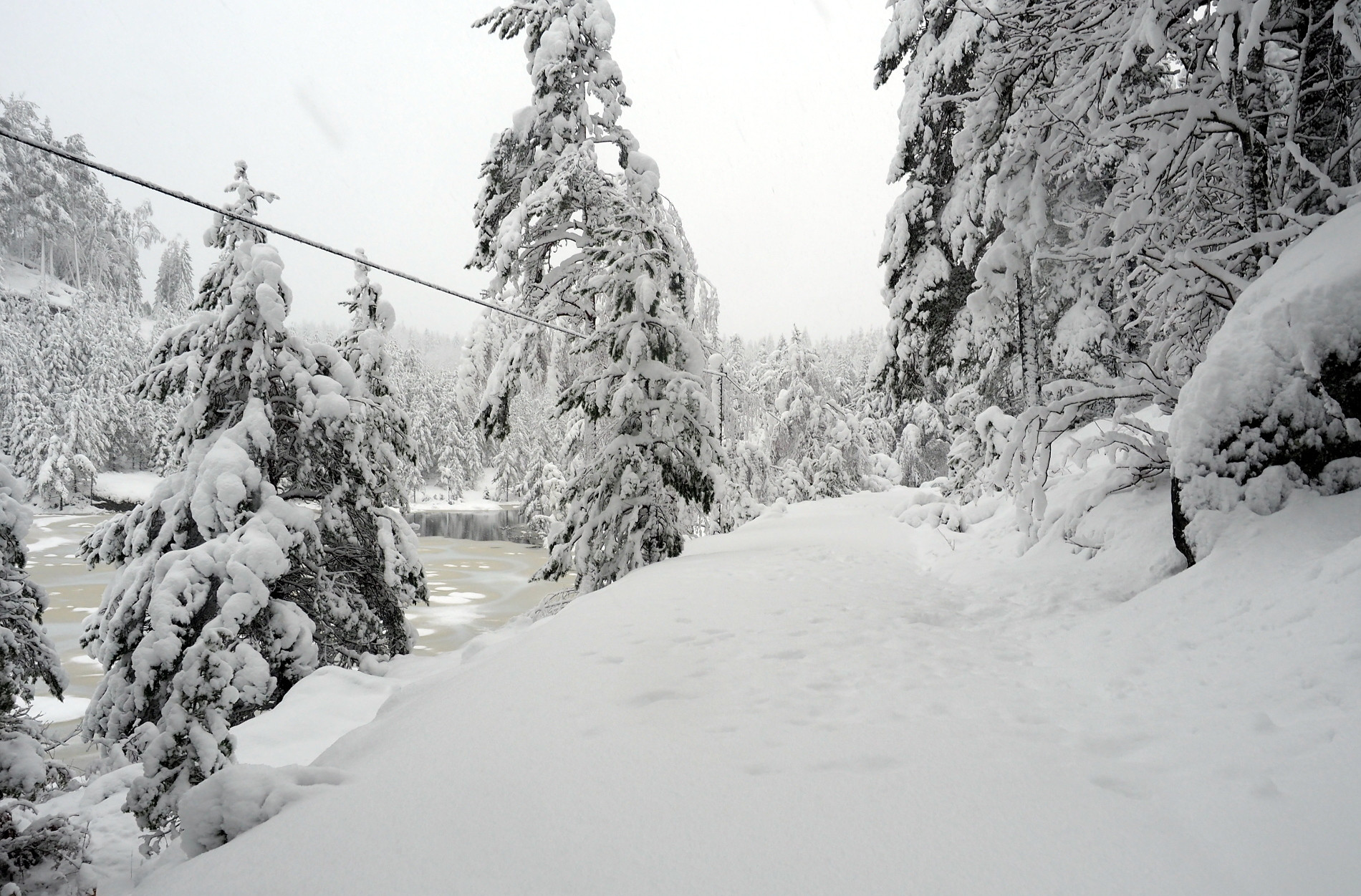 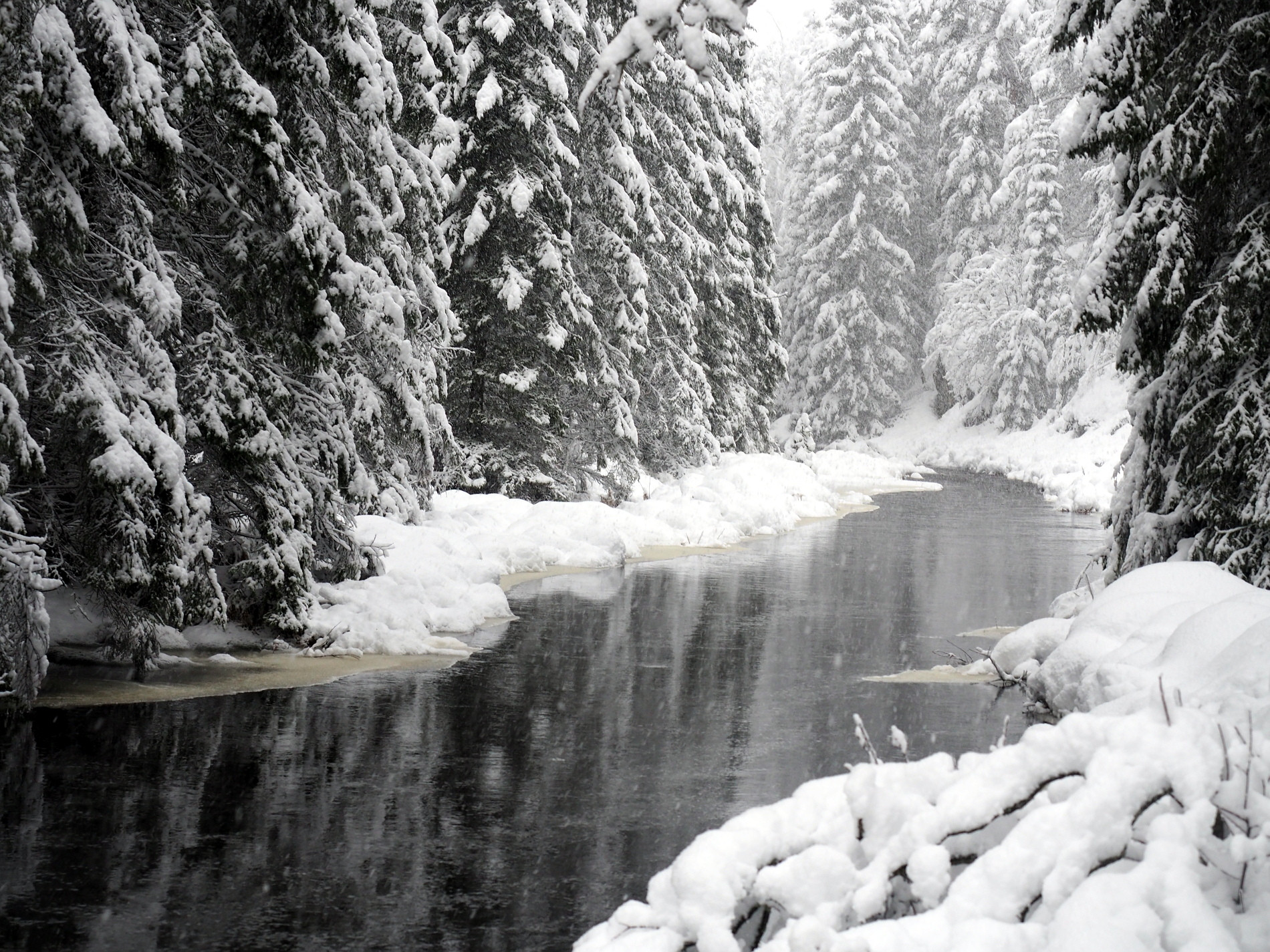 Bonus photo from earlier in the day when I was an idiot and almost tipped the ATV over the side of the road, then had to pull it out with the car. (Doesn't look so bad in the photo, but one wheel is actually outside the ledge.. was scary as hell, I tell you!) Other than some hard earned lessons, the thing works surprisingly well for plowing snow though, as long as you get it out of the way before it piles up more than 10-15cm. 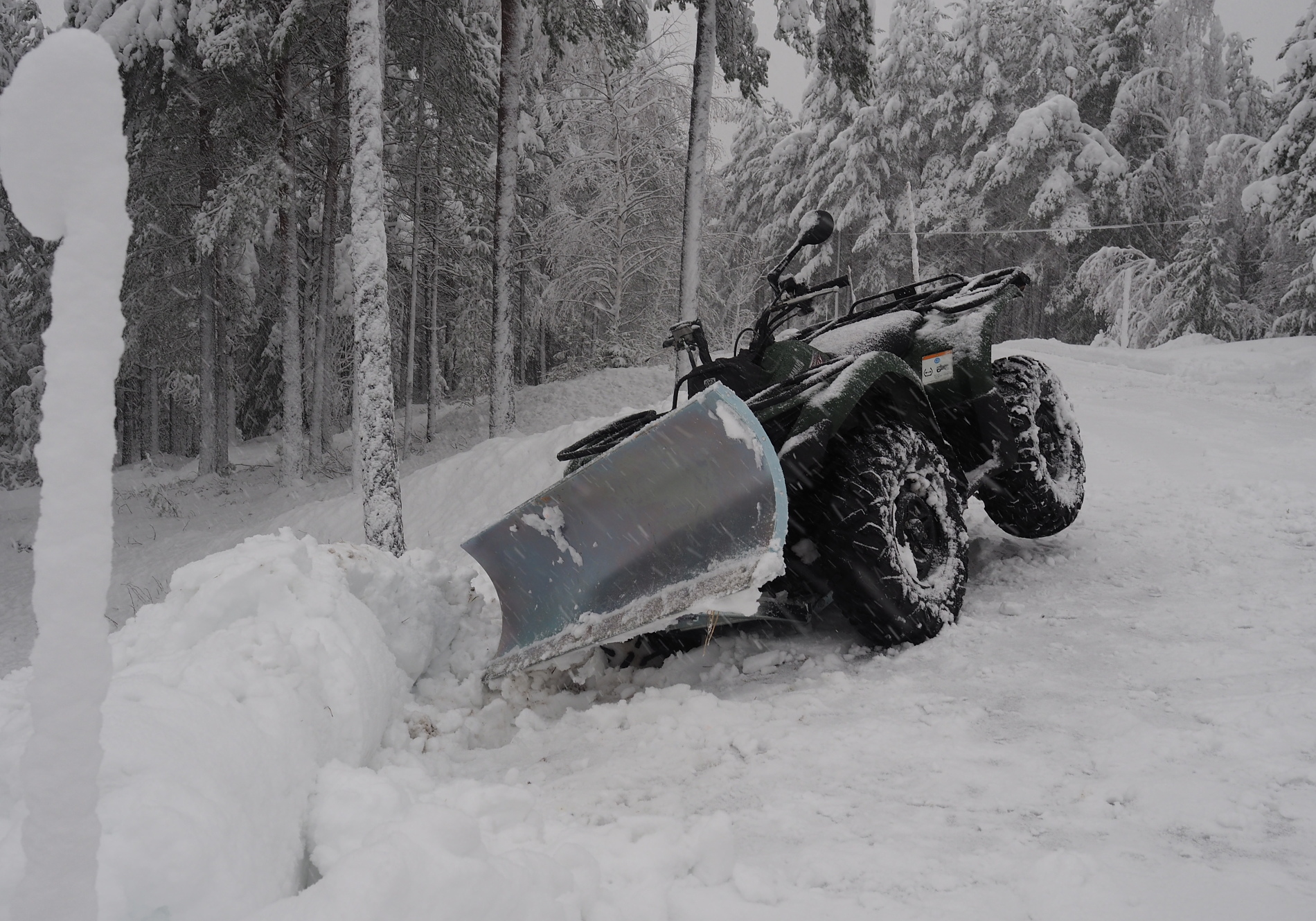