WASHINGTON - The Bush administration on Thursday denied reports that a secret Justice Department opinion in 2005 cleared the way for the return of painful interrogation tactics or superseded U.S. anti-torture law.

"This country does not torture," White House press secretary Dana Perino told reporters. "It is a policy of the United States that we do not torture and we do not."

BANGKOK (Reuters Life!) - A Thai bank is pitching into the battle against HIV/AIDS and handing out condoms to customers too shy to get them at the shop.

Despite Bangkok's reputation as one of the world's sex industry centers, Thailand is a generally conservative country.

JAKARTA (Reuters) - An Indonesian businessman's bid to make polygamy easier was rejected by the country's constitutional court on Wednesday.

Indonesia allows polygamy, but according to the marriage law, a man can only get court approval to take a second wife if his first wife agrees, or if she is disabled or cannot have children.

The little drug couriers' bodies had been slit open and filled with a total of 300 grams of cocaine, with an estimated street-value of 8,000 euros (5,500 pounds).

"This is a very striking method of smuggling. We have never seen anything like this before," said government spokesman Kees Nanninga.

Officers decided to open the parcel after scanning it and seeing what appeared to be insects inside.

LONDON (Reuters) - A giant spider took up residence on the banks of the River Thames on Wednesday, but Arachnophobes can relax -- it doesn't bite or even move.

ANCHORAGE, Alaska (Reuters) - Two centuries after rats first landed on a remote Aleutian island from a shipwreck, wildlife managers in Alaska are plotting how to evict the non-native rodent from the island that bears their name.

Rat Island, like many other treeless, volcanic islands in the 1,000-mile (1,609-km) long Aleutian chain, is infested with rats that have proved devastating to wild birds that build nests in the earth or in rocky cliffs.

"They pretty much made the island worthless for a lot of wildlife," said Art Sowls, a biologist with the Alaska Maritime National Wildlife Refuge, which sprawls across the Aleutians and other Alaska islands.

ANGLETON, Texas - Negligent homicide charges have been dropped against a former Lake Jackson woman who had been accused of killing her husband with a sherry enema that led to alcohol poisoning.
ADVERTISEMENT

Court records show the charge against Tammy Jean Warner, 45, of Texas City, was dismissed Aug. 31 because of insufficient evidence, the Houston Chronicle reported in its online edition Wednesday.

Michael Warner, 58, died May 21, 2004. An autopsy showed he had been given an enema with enough sherry to have a blood alcohol level of 0.47 percent, almost six times the legal limit of .08 percent in Texas.

Tammy Warner has told the newspaper that her husband was addicted to enemas and often used alcohol in them to get drunk. 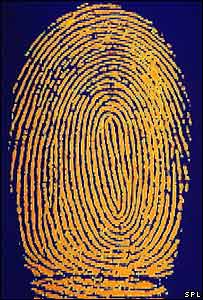 The theme of this year's conference, held in Montreal, Canada, was "Terra Incognita," a reference to the unknown lands that typify the fear of the unknown in a world of rapidly changing technologies that challenge the core principles of privacy protection.

Yet despite a dizzying array of panels on new technologies such as ubiquitous computing, radio frequency identification devices (RFID), and nanotechnology, it was a reference by United States Secretary of Homeland Security Michael Chertoff to a simple fingerprint that struck the strongest chord.
SOURCE

The rains have come, winter is nigh The vast orchestra strikes a note: frost in the air.
Next, an arpeggio of leaves falling, red and gold.
The reeds rise up above the deeper instruments,
the sounds of the thunder and the wind wracked trees.
The cold seeps in, soft pianissimo.
The sky breaks,
the rain drums down the rhythm.
The song of winter is played by the great chorus.

WASHINGTON (Reuters) - Crowds at antiwar rallies in Washington have dwindled even as U.S. opinion has turned against the war in Iraq, as organizers feud and participants question the effectiveness of the street protests.

Rival antiwar groups, which in years past jointly sponsored massive rallies on the National Mall, have promoted separate protests recently or decided to steer clear of the capital altogether.

The thinning crowds stand in contrast to the antiwar protests of the Vietnam era, which grew as the war progressed.

Activists and experts say divisions among peace groups, along with other factors like the lack of a draft, fatigue about the war and the rise of the Internet, have all contributed to the declining turnout.

Sparse turnout -- fewer than 1,000 at a rally on Saturday, according to local media reports -- could undermine the goal of forcing an end to U.S. involvement in Iraq, participants say.

World's most boring TV show to measure energy use

GENEVA (Reuters) - Television manufacturers and broadcasters have produced what may be the world's most boring TV programme to measure energy consumption on new-generation televisions, an energy standards group said on Tuesday.

The aim is to have a standard way of measuring how much energy plasma and LCD TVs use, the Geneva-based International Electrotechnical Commission (IEC) said in a statement.

LONDON (Reuters) - They've been left on unsuspecting doorsteps and outside post offices in the dead of night, but no one knows what to make of the mystery of the stone heads.

As many as 20 artfully carved faces, miniature versions of the Easter Island sculptures, have been deposited in sleepy villages across northern England in recent weeks, leaving the recipients intrigued and confused in equal measure.

Each of the stone heads, some up to 18 inches high, is slightly different, but all of them have the same riddle attached, written on a thin blue card.

"Twinkle twinkle like a star, does love blaze less from afar?" it reads, with the word "paradox" written around the points of a star.

OAK PARK, Ill. - If you need a hug, you won't get it at Percy Julian Middle School. Principal Victoria Sharts banned hugging among the suburban Chicago school's 860 students anywhere inside the building. She said students were forming "hug lines" that made them late for classes and crowded the hallways.

"Hugging is really more appropriate for airports or for family reunions than passing and seeing each other every few minutes in the halls," Sharts said.

These people are soooooo fucked in the head! The world needs as much hugging as it can have--and how dare they teach children not to hug!!!! Let's be even more isolationist than we already are. Reminds me of the solarians in Asimov. Bah!

This is why I'm hot

How can you possibly live when every hour the mechanism of the clock starts and takes you from your place?