I've released a new album on streaming platforms, and I'm sharing the links here on this thread. These tracks were created on the Garageband App on my Macbook Air and are a compilation of audio loops. I worked on this album during the lockdown in India, and have just recently uploaded the files for the release.

Tracks include various genres including House and Electronic including Indian & Chinese sounds. This is still initial cause I looped the loops instead of placing them into a timeline. So, I can work more on music now, with better music production, although I'm busy with wordpress, iOS and Android apps these days.

You can tell Alexa to play this album: Alexa, Play the album Applestreet Mint by Mohit Khanna. 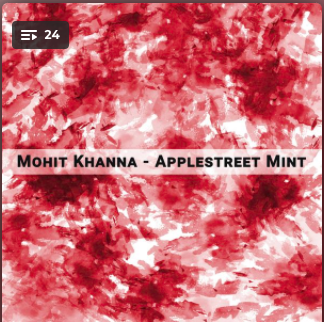