Is Russia in the process of covering up a nuclear accident after a confirmed spike in radiation levels in the aftermath of a reported rocket engine explosion at a northern testing facility Thursday? Authorities confirmed the accident involved an “isotope power source for a liquid-fuelled rocket engine”.

Russia's state nuclear agency has said five of its staff members were killed at a military testing site in northern Russia, reportedly when the liquid propellant rocket engine exploded during tests on a sea platform. Some reports say it may have involved a top secret weapon that was part of Moscow's hypersonic arsenal. Russia is pursuing hypersonic missiles as a nuclear deterrent, as Putin himself has recently verbalized.

Other staff were being treated for serious burns after the accident; however, as Reuters reported, there's a run on iodine (used to reduce the effects of radiation exposure) in the northern port cities of Arkhangelsk and Severodvinsk, near where the mystery accident occurred. 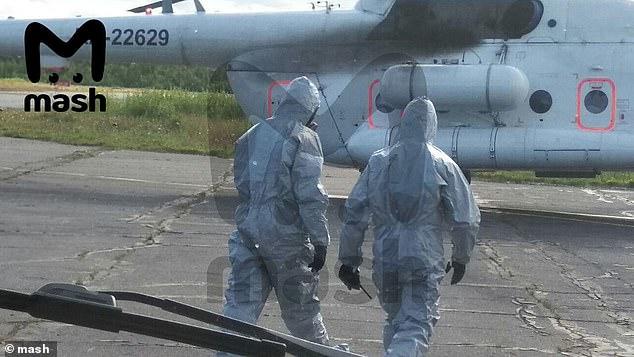 “Everyone has been calling asking about iodine all day,” one pharmacy was quoted as saying by a local media outlet in Arkhangelsk area, Reuters reported.

Thursday's mystery incident came two days after 16,500 people fled their homes when a separate immensely powerful series of blasts rocked an arms depot in Siberia, which had been caught in dramatic footage.

And in a follow-up report to Thursday's mystery incident, Reuters pointed out initial emergency alert statements about a rise in radiation levels have been scrubbed from public record:

...authorities in the nearby city of Severodvinsk reported what they described as a brief spike in radiation. No official explanation has been given for why such an accident would cause radiation to spike.

The radiation statement put out by the city of Severodvinsk disappeared from the Internet on Friday without explanation.

But there's a growing pile of evidence suggesting a major radiation emitting event has indeed occurred.

As a Reuters/VOA report stated further, "Greenpeace has cited data from the Emergencies Ministry that it said showed radiation levels had risen 20 times above the normal level in Severodvinsk around 30 kilometers (18 miles) from Nyonoksa." 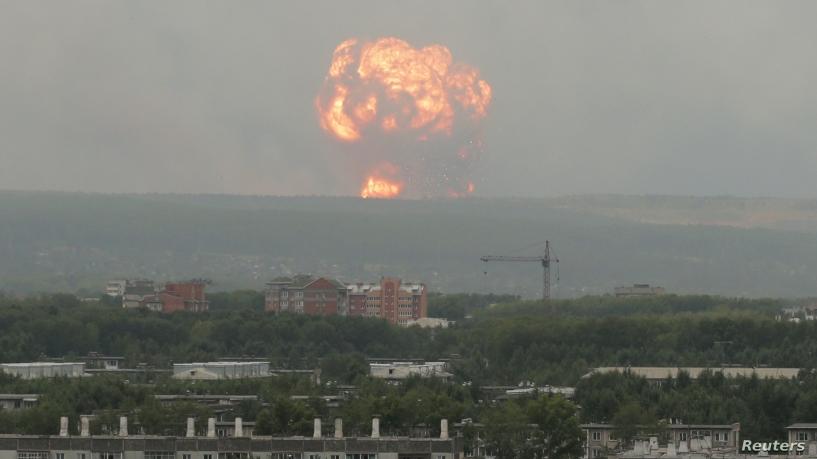 A prior, Monday blast at an ammunition depot near the town of Achnisk in Russia was filmed. There's been two major accidental explosions in northern Russia this week. Image source: Reuters
For starters, it's been confirmed that not only are area hospitals running out of iodine pills, but authorities said they were forced to shut down a large section of a bay in the White Sea, presumably due to reports of possible toxic chemicals leakage from the accident site. 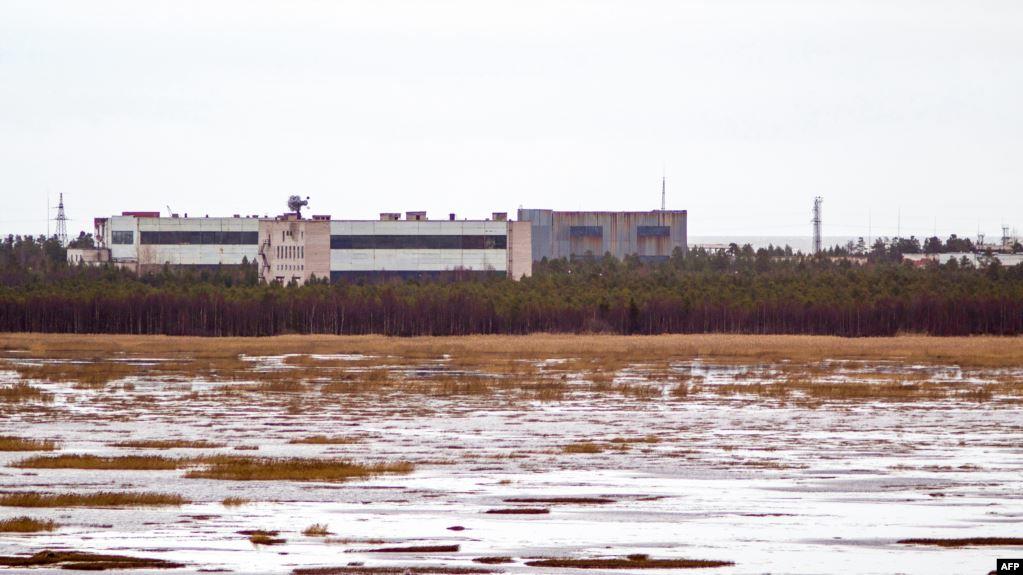 The military base in the small town of Nyonoksa, pictured in 2011. Source: RFERL
And crucially, emergency first responders transporting casualties immediately after the blast were filmed and photographed wearing head-to-toe protective gear:

Alarming footage also shows men in protective clothing loading casualties into the vehicles in the wake of a blast at the Nyonoksa weapons testing site in the sub-Arctic Arkhangelsk region yesterday.

Earlier the clothes of the victims and the medics who first treated them were destroyed, it was reported, before causalities were transferred for treatment at the Burnasyan Federal Medical Biophysical Centre in Moscow.

What's more is that ambulances were photographed with layers of protective film covering their inside rear doors, with even the drivers in full protective gear. 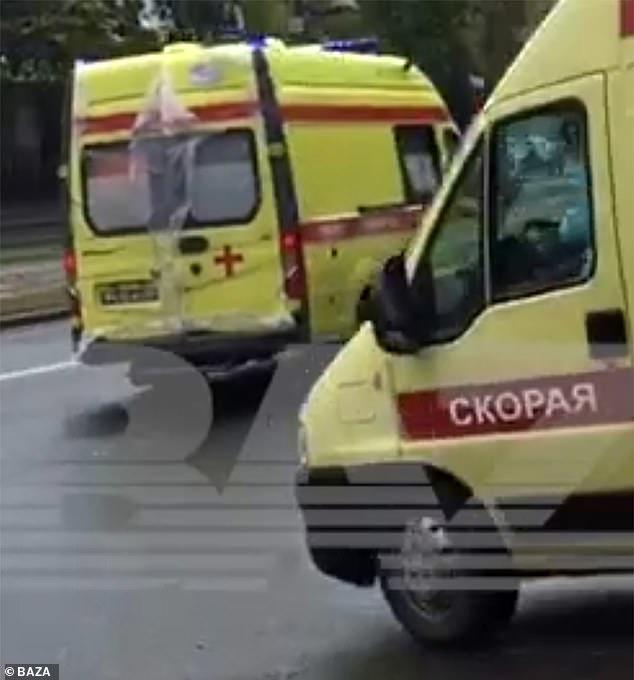 An area panic and what some reports characterized as "mass hysteria" had ensued upon the first alerts issued of a likely spike in radiation following the incident.

A local radio station in Severodvinsk was the first to report "rumors of radiation," according to media reports. Those rumors have since been confirmed by Russian government officials, however, they are claiming radiation levels quickly returned to "normal". 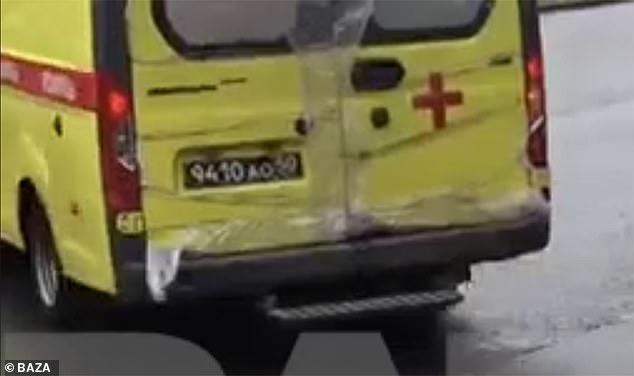 New follow-up statements from official state nuclear agency Rosatom said the blast occurred on a sea platform during a series of trials, which "threw several employees into the sea," who perished.

According to Russia's RT:

The five who perished had been working on an “isotope power source” for a propulsion system. An increase in background radiation was registered on the test site, but the measurements are said to have soon returned to normal.

Meanwhile, official Russian sources are downplaying the radiation leak aspect to the accident, in some cases going so far as to dismisswestern reports of a significant nuclear event as "conspiracy theories".