AMC and Discovery were also hit with fines. 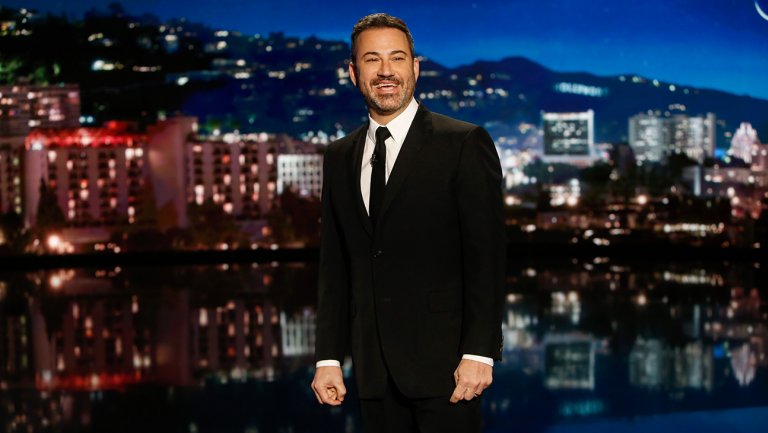 A Jimmy Kimmel Live! bit making fun of President Donald Trump is going to cost ABC $395,000, as the FCC is cracking down on use of the emergency alert tone in entertainment.

The network agreed to pay a fine to the agency after late-night host Jimmy Kimmel in October used a simulated tone three times during a sketch about the nationwide presidential wireless emergency alert test. The bit, which is posted on YouTube, featured a trailer for a fake movie called The Textening. According to the FCC filing, ABC says it was a "misunderstanding that the use of the tone was permissible."

A network spokesperson told The Hollywood Reporter that "ABC takes regulatory compliance seriously and we are pleased to have resolved this issue."

Kimmel wasn't the only show hit with a fine. AMC will pay $104,000 in connection with a tone used in a February episode of The Walking Dead, and Discovery will pay $68,000 for an episode of Lone Star Law on Animal Planet that captured a real emergency alert while filming. Each of the companies has agreed to implement a compliance plan to avoid future misuse.

FCC rules state the use of EAS tones is limited to actual emergencies and legitimate system tests and misuse is a public safety concern. According to a Thursday announcement issued by the agency, "these rules aim to protect the integrity of the alert system by helping to avoid confusion when the tones are used, alert fatigue among listeners, and false activation of the EAS by the operative data elements contained in the alert tones."

Full details on the settlements are available here.