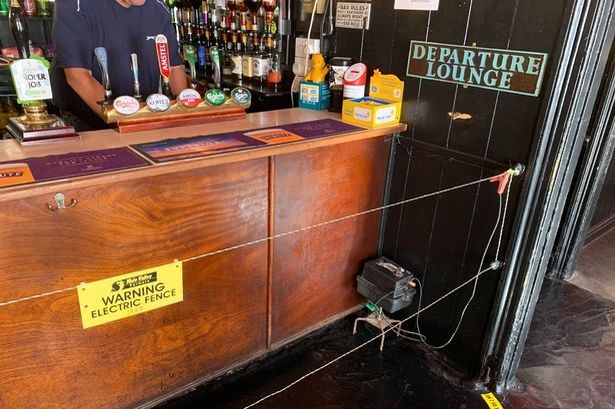 An electric fence has been erected at a pub bar to ensure people keep socially distanced from one another.

Staff at The Star Inn in St Just were struggling to keep punters under control following their recent reopening.

Rather than continuing their attempts at herding the proverbial cats, they have erected an electric fence, Devon Live reported.

Star Inn landlord Johnny McFadden confirmed that the fence was placed there to enforce social distancing.

"It's there for social distancing," he said, speaking on Sunday afternoon.