Education Department officials will be examining whether the university’s “admitted racism” means that the school made false claims when it said it doesn't discriminate on race. 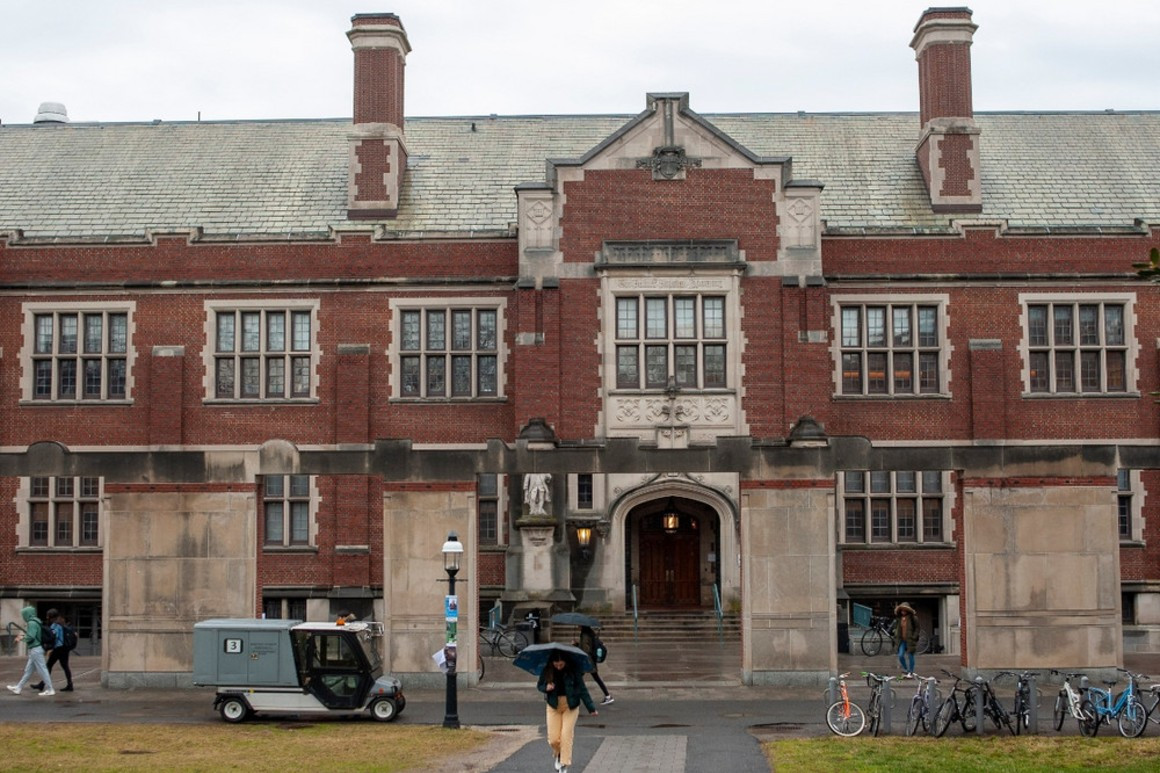 The Trump administration has opened an investigation into Princeton University over the school president’s recent statement that students there face “systematic racism” and that racism is “embedded” in the structures of the university.

Education Department officials notified Princeton this week that they are examining whether the university’s “admitted racism” means that it made materially false statements when it for years assured the public and the federal government that it doesn’t discriminate based on race.

At issue is a message Princeton’s president, Christopher Eisgruber, wrote to the university earlier this month discussing efforts to combat “systemic racism” at the school, as well as examine decisions and policies that have excluded students of color and other marginalized groups.
“Racism and the damage it does to people of color nevertheless persist at Princeton as in our society, sometimes by conscious intention but more often through unexamined assumptions and stereotypes, ignorance or insensitivity, and the systemic legacy of past decisions and policies,” Eisgruber wrote. “Racist assumptions from the past also remain embedded in structures of the University itself.”

The Trump administration investigation will focus on whether Princeton ran afoul of the Higher Education Act’s prohibition on federally funded colleges making a “substantial misrepresentation” about their educational programs, according to a letter to Princeton, signed by Robert King, the assistant secretary for postsecondary education.
King wrote that Eisgruber‘s statement revealed that Princeton’s “educational program is and for decades has been racist,” raising concerns that the university has been making false assurances to the public and to the Education Department that it does not discriminate based on race.

King’s letter also warns that Education Secretary Betsy DeVos, whose daughter attended Princeton and whose charitable foundation has donated to the university in the past, may consider financial penalties or other action against the university as a result of the investigation.

The Education Department demanded that Princeton produce a range of records about its nondiscrimination policies, among other things, within 21 days and also agree to make university officials available for a transcribed interview.

Princeton spokesperson Ben Chang said in a statement that the university “stands by our statements about the prevalence of systemic racism and our commitment to reckon with its continued effects, including the racial injustice and race-based inequities that persist throughout American society.”
“It is unfortunate that the Department appears to believe that grappling honestly with the nation’s history and the current effects of systemic racism runs afoul of existing law,” Chang said. “The University disagrees and looks forward to furthering our educational mission by explaining why our statements and actions are consistent not only with the law, but also with the highest ideals and aspirations of this country.”

The investigation is unusual because the Education Department has previously pursued colleges for engaging in “substantial misrepresentation” in much different contexts, including instances in which universities mislead prospective students about their accreditation or the rate at which students find jobs after graduation. The Obama administration used the misrepresentation law, for instance, to crack down on for-profit colleges.

The review of Princeton will be led by political appointees in the Education Department’s Office of General Counsel “with support” from its Office for Postsecondary Education, according to King’s letter.

The Washington Examiner first reported the investigation on Thursday.

Instead, King’s letter says, the Education Department is “referring” Princeton to its own Office for Civil Rights as well as the Justice Department’s Civil Rights Division “for any additional action they deem appropriate.”

The investigation into Princeton comes as President Donald Trump commits to creating a new presidential commission to promote “patriotic education” to combat educational narratives that “America is a wicked and racist nation.” Trump called such teachings a “twisted web of lies” and likened critical race theory to “a form of child abuse.”