Who could have seen this coming? 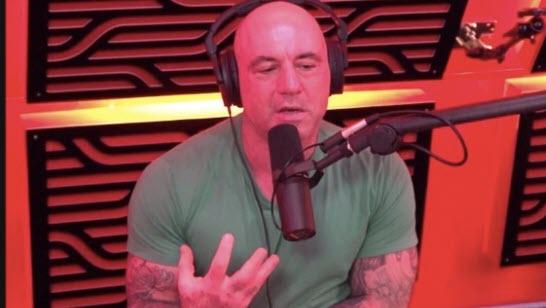 Having blown $100 million to lock in infamously-outspoken-and-uncensored podcaster Joe Rogan, Spotify is facing an internal revolt from the woke mob who have demanded broad-based editorial control, censorship, and even removal of the world's most-popular podcasts... or else!!

Just  three weeks ago, we reported that dozens of Rogan's past episodes with "controversial guests" like Alex Jones, David Seaman, Owen Benjamin, Stefan Molyneux, Milo Yiannopoulos, Gavin McInnes, Charles C. Johnson, and Sargon of Akkad did not make the migration over to Spotify, according to Entertainment Weekly.

And now, the 'woke' are demanding more...

That would include the ability to directly edit or remove sections of upcoming interviews, or block the uploading of episodes deemed problematic.

The employees also demanded the ability to add trigger warnings, corrections, and references to fact-checked articles on topics discussed by Rogan in the course of his multi-hour discussions.

If they are not granted these 'ministry of truth' oversights, the mostly-New-York-based staff have threatened to walkout or strike.

As DigitalMusicNews (DMN) notes, for Spotify, the decision to offer some concessions may have only emboldened demands for wide-scale editorial oversight.

It is worth remembering the words of Joe Rogan himself, who said of the deal in the past:

While the c-suite may want that (and the eyeballs, or earholes?), it seems the outrage mob of employees does not.

Finally, one wonders why exactly Spotify should give a shit... doesn't America have 20-30 million suddenly unemployed people who we are sure would appreciate the opportunity to work in a large and growing tech company and could manage to leave their political/social-justice-virtue-signaling egos at home.

As DMN notes, Spotify employees reportedly enjoy comfortable salaries in the $120-$130,000 annual range, with considerable perks and benefits.  These are plum jobs in extremely uncertain economic times, making a strike a risky move. It also appears that Spotify management - including CEO Daniel Ek - has a limited tolerance for the mutiny on deck (especially since Rogan’s entire identity revolves around unfiltered discussion and opinion, and audiences could abandon the podcast if it becomes censored or controlled).

Children all the children. Tantrums, great name for a band, but the reality of the woke left. A big farking tantrum, they are just like Trump, heck, worse.

The left has surely left all of the moderates behind.

Fire these children, hire me, if I can stay in MN, no way in hell I'll move to NY, NJ or back to CT

Quote by elsels:
Children all the children. Tantrums, great name for a band, but the reality of the woke left. A big farking tantrum, they are just like Trump, heck, worse.

The left has surely left all of the moderates behind.

They left them behind decades ago, as far as I can tell Regan was the first threat. I don't like Trump. I didn't vote for him. I do respect him though, and the fact that he has stopped the Republican/Democrat (establishment) slide and revealed all those on both sides that are wholly corrupt by just being a swaggering asshole over the last three and a half years will certainly make me vote for him this time over the puppet called Biden.

Hope joe included a back out clause.

Rogan or Biden? Mind you they'll probably both need one.