13
Maybe Hunter is in need of a job?
Next

As soon as he had to face the electorate he goes. 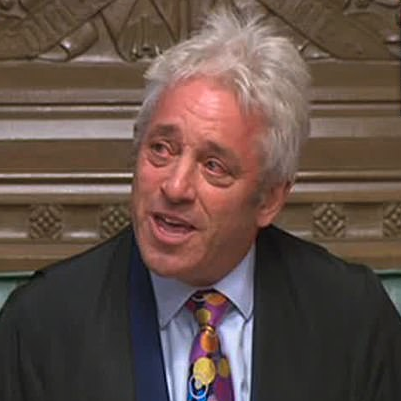 In perhaps the best news for Brexiteers since Boris became PM, the constitution-wrecker-in-chief, John Bercow has announced he will be standing down as speaker and an MP at the next election, following news the Tories were planning on fielding a candidate against him.

If an election passes tonight, he’ll stand down immediately. If not he’ll hang up his golden robes on the 31st October.

The man who’s done more than anyone to up-end Britain’s political institutions to suit his own aims announced his intention in the Commons just now via a personal statement, watched on by his wife Sally from the Gallery.