Sh*t's about to hit the fan? 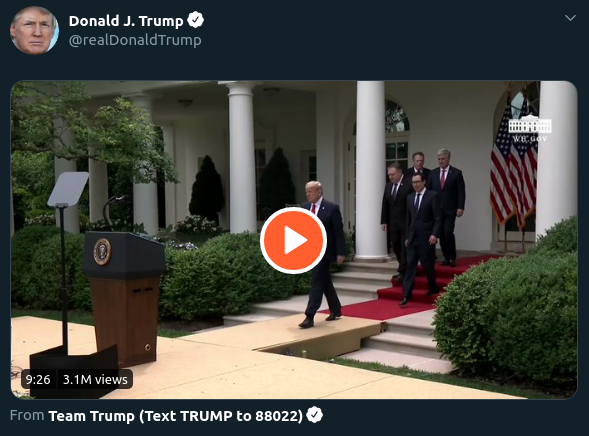 It's about time countries stood up to China and make them pay for what they have been doing over the past years as well as this year.

I find it odd that in the middle of a pandemic (that he is doing nothing to solve), an economic melt down that can not be solved until the pandemic is over (which wont happen without mass testing combined with strick lock downs or a vaccine) and riots all over the place, he decided it was a good day to talk shit about China and blame them for his administrations failings!

My opinion is it is a race between him starting a war or declaring martial law to give him justification to cancel the election in November (only 5 1/2 Months away). Or he is just to stupid to have a plan, or strategy but thinks if he uses the words "tremendous and "like no one has ever seen before" over and over again people will love him more.

Do the people of the United State really want to start a war with China given all of our manufacturing capabilities are in China. And after being in Iraq and Afghanistan for almost 19 years are our troops and equipment ready to fight another war? Do we really think our allies will help after the way Trump has been treated them?

Have we forgotten that China doesn't have to attack us directly, they just have to convince N. Korea or Iran to do it for us? Or if they want to avoid a shooting war they could wreck or economy by waiting until this pandemic starts to end then start a real trade war along with increasing interest on the Debt of ours they own?

There has got to be better ways of dealing with China than talking shit from behind a podium while you are not on the top of your game.