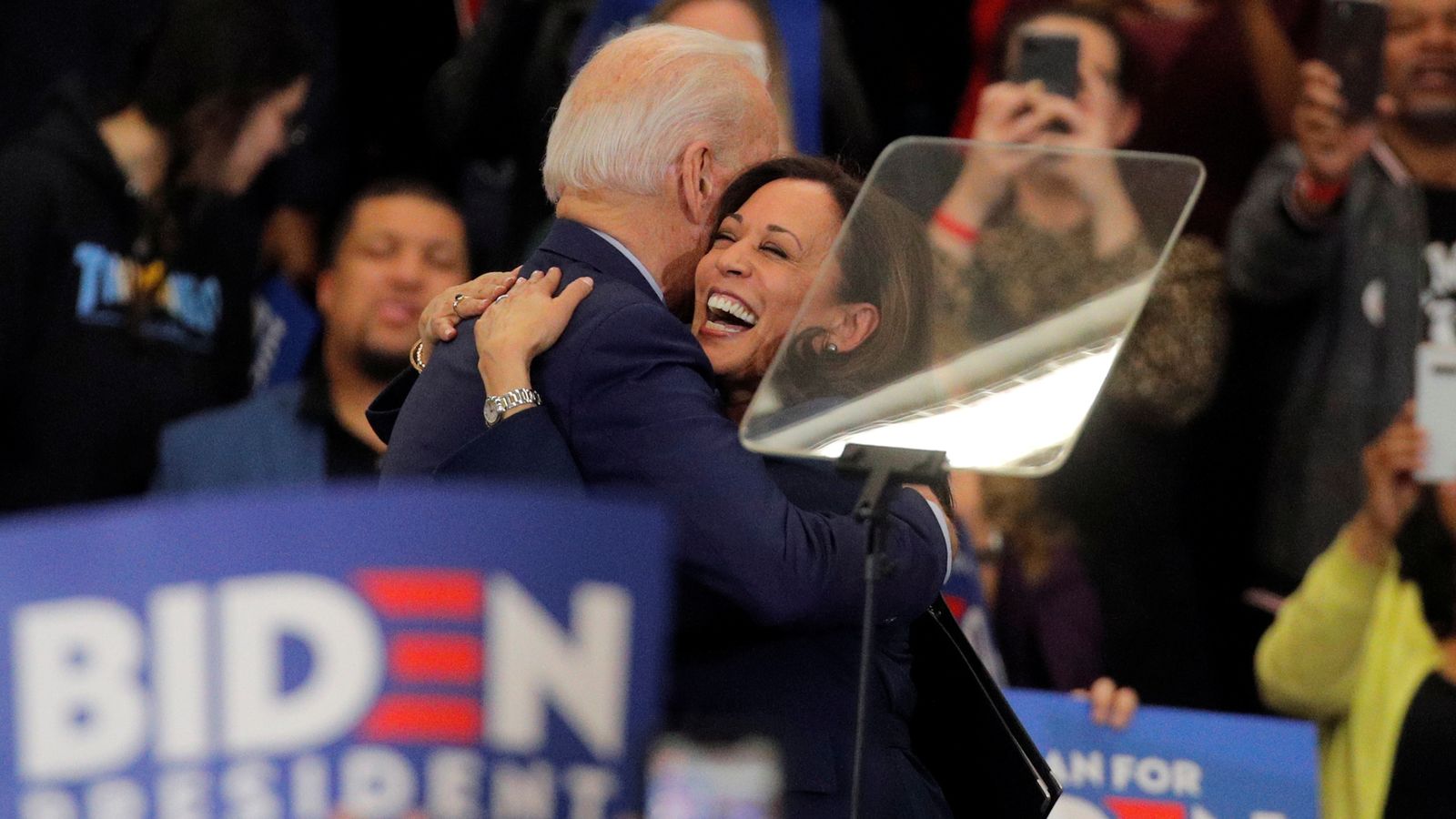 Just watch them spin this one

How exciting, said no one ever. Kamala the law and order woman, top cop, put so many black men and women behind bars she is perfect for Biden. Together they passed and enforced the worst laws affecting pocs.

are you being racist elsels (being a sarcastic ass here, not attacking you just being sarcastic)?

Are you really a woman, or a person of color if you don't mindlessly vote for Biden?

(I mean no disrespect, just posting off your comment in my usual way. Honestly I wonder what you will do when it comes to the vote, you really have no good option... and I can relate to that. Last election I went Libertarian. Obama V. Romney, I had to choose Romney and hated doing it. McCain V. Obama I went Libertarian. I struggle to find a candidate I can get behind and it's always the least awful. Based on the results of the last four years I am voting Trump for the first time. His record before the pandemic was historical. His record during it has been admirable (*both previous statements require ignoring anything he has said or tweeted). I don't like the guy, but I like the pedophile hair-sniffer even less. I also don't think under either the Bushs Clintons or Obamas we would have any idea about the Epstine scandal and all the perverts that might be uncovered if Maxwell isn't killed before trial (which I expect will happen).

So vote for the slave master? 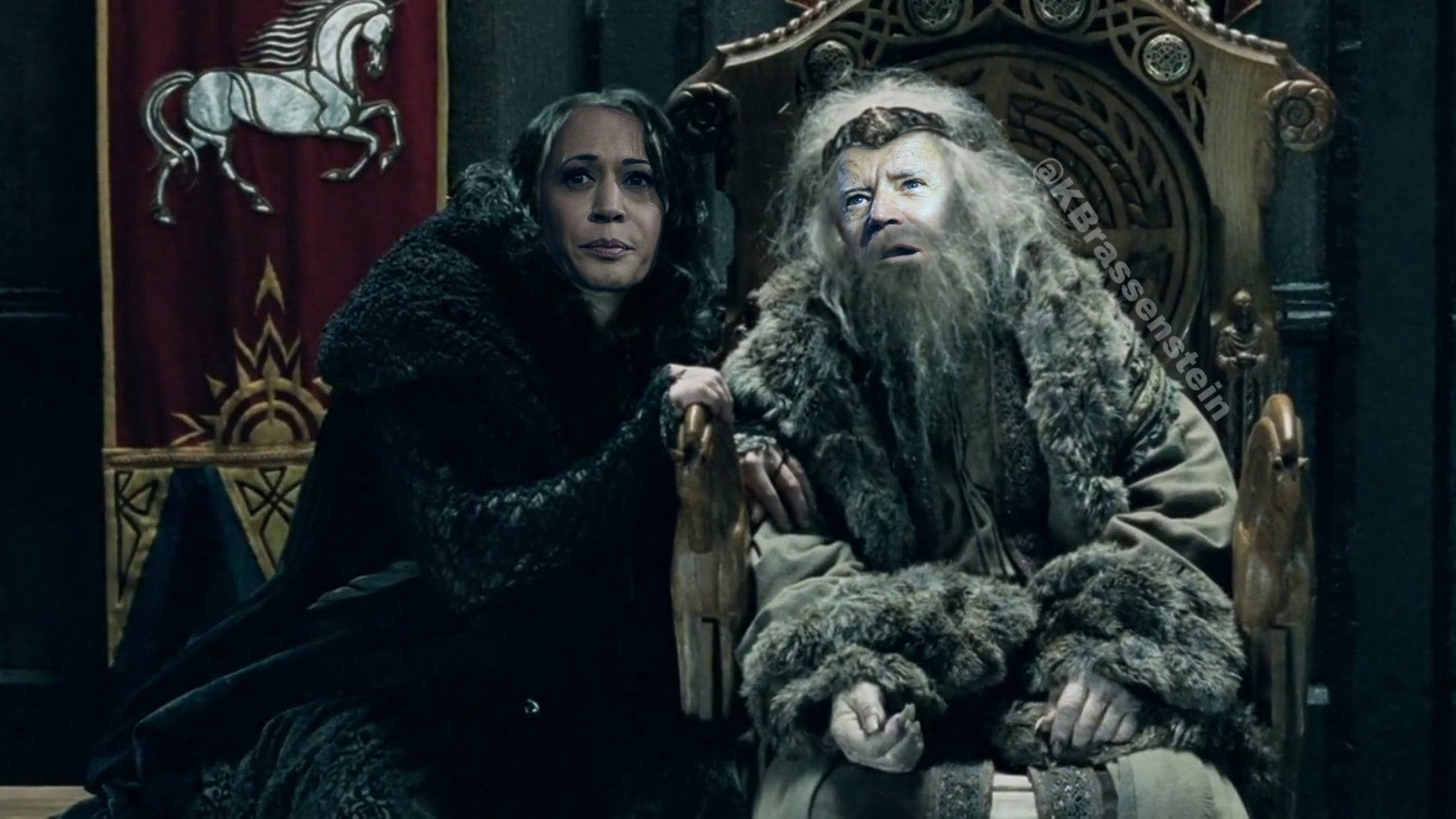 Yeah just because I am a minority I am expected to vote for Kamala. You know she will be president by 2022 if Biden is elected. With his age and neurological history he will not make the four years. Trump/Biden what a $#1tty set of options.

ITS A TRAP! There is no way in hell Trumptydumpty is not going to take the bait and start insulting every category of that list!

ITS A TRAP! There is no way in hell Trumptydumpty is not going to take the bait and start insulting every category of that list!

So Harris has just been planted to race bait Trump, i'd agree that's just about all she has going for her.

All the bitching aside, I'm just glad Trump will have another four years.

Thank you Uncle Biden. I'll send some black kids to stroke your leg hairs in the pool... you'll need to buy then Choco-Tacos when the ice cream truck swings by, but you'll get your sniffs in.

Quote by elsels:
Yeah just because I am a minority I am expected to vote for Kamala. You know she will be president by 2022 if Biden is elected. With his age and neurological history he will not make the four years. Trump/Biden what a $#1tty set of options.

you ain't wrong. Other than going Biden what's your solution?

you ain't wrong. Other than going Biden what's your solution?

May I suggest a Visa to a number of communist/socialist dictatorships already budding at various levels across the globe?

If you can find a country running things the way you want them to run, I suggest go there. You have plenty of options. The only place on the planet that is even close for me is this one. This is what pisses me off about progressives. There are hundreds of countries at various levels of socialism or communism to escape the 'hell' you think this country is. I HAVE NO OTHER OPTION ON THE PLANET, yet you choose to change the only place I can live free because you are unwilling to renounce citizenship and be happy. Frankly that makes you an asshole. This is why I support the most powerful troll on the planet and why he will win in a landslide.

To think, four years ago I expected Elizabeth Warren to win (knowing Hillary was unviablle and expecting the DNC to swap her out until a few weeks before the election... lost the competition but learned a lesson.

Look at the DNC, pushing mail in ballots, the ballot that has the greatest chance to be rejected. The ballot that hundreds of people have been charged with tampering with, and hundreds of thousands of ballets have been disqualified. (And one of the more egregious abusers was supporting the republicans!)

The Dems want to do what they did in 2016, claim a false election to continue to thwart Trump because they know they will loose again. Dems should think a bit though. If a Biden/Harris ticket wins, it will be the last Democrat ticket to ever win. Nothing they have proposed will do anything other than destroy the American economy.

Trump, despite being the best troll ever, made historically profound improvements across racial and gender lines economically. He isn't the best president (though he is aiming to try), but prior to COVID he was the best we had (and since, he has been doing pretty good... if you look at actions and ignore his tweets.

Quote:
you choose to change the only place I can live free because you are unwilling to renounce citizenship and be happy

I renounced my citizenship and am happy. Are you happy?

You left the US? Can you convince your friends to join you?