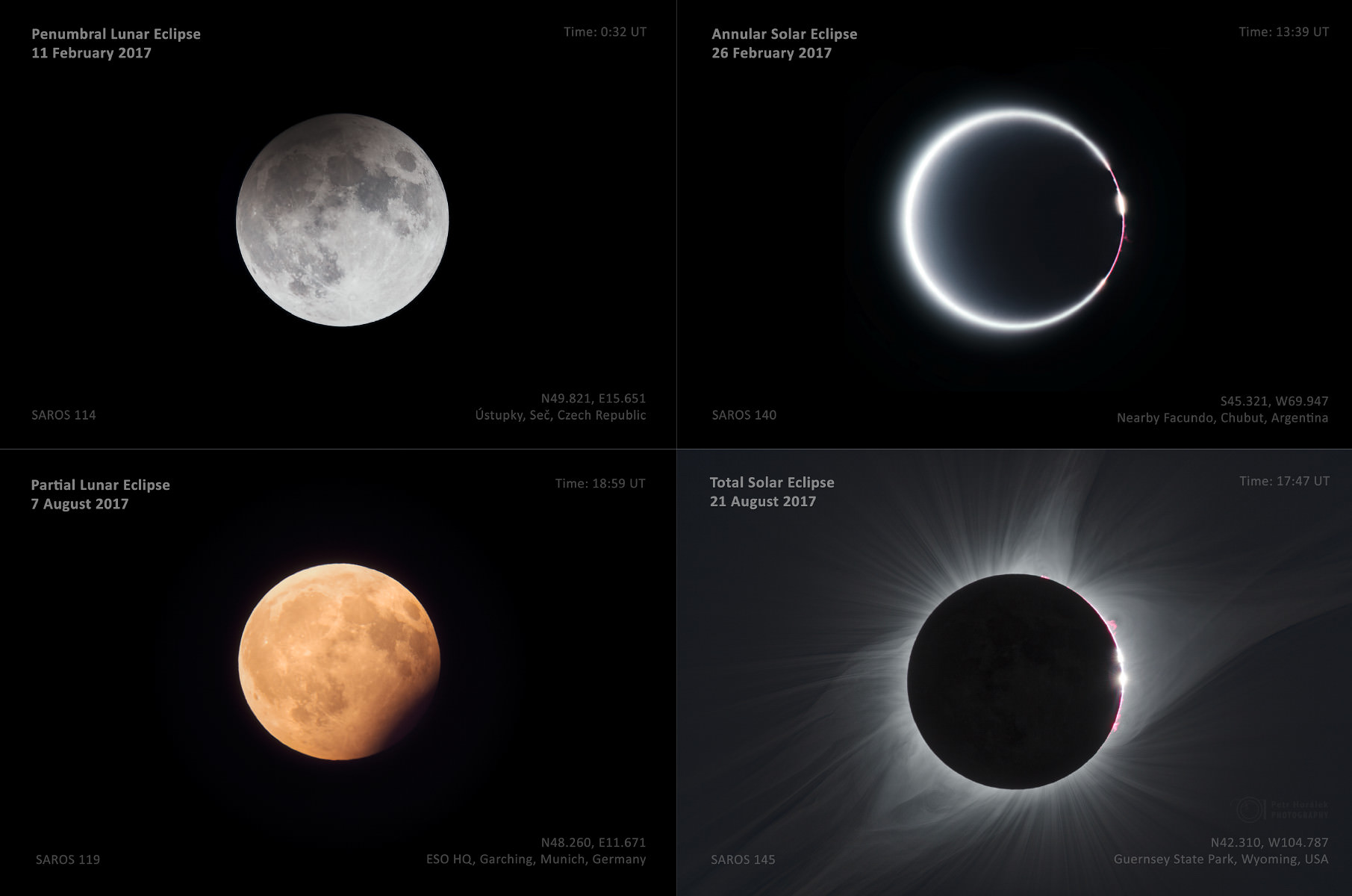 As seen from planet Earth, all the lunar and solar eclipses of 2017 are represented at the same scale in these four panels. The year's celestial shadow play was followed through four different countries by one adventurous eclipse chaser. To kick off the eclipse season, at top left February's Full Moon was captured from the Czech Republic. Its subtle shading, a penumbral lunar eclipse, is due to Earth's lighter outer shadow. Later that month the New Moon at top right was surrounded by a ring of fire, recorded on film from Argentina near the midpoint of striking annular solar eclipse. The August eclipse pairing below finds the Earth's dark umbral shadow in a partial eclipse from Germany at left, and the vibrant solar corona surrounding a totally eclipsed Sun from the western USA. If you're keeping score, the Saros numbers (eclipse cycles) for all the 2017 eclipses are at bottom left in each panel.