With the climate crisis becoming a hot topic in mainstream media - there's a lot of confusion around what climate change actually is. That's why we've tried to clear up some of the most frequently heard myths, so that you can tell fiction from fact!

1. The Earth’s climate has always changed

Over the course of the Earth’s 4.5-billion-year history, the climate has changed a lot. This is true. But the rapid warming we’re seeing now can't be explained by natural cycles of warming and cooling. The kind of changes that would normally happen over hundreds of thousands of years are happening in decades.

Global temperatures are now at their highest since records began. In fact, 17 of the 18 warmest years on record have all taken place since 2001.

This much faster warming corresponds with levels of carbon dioxide in the atmosphere, which have been increasing since the industrial revolution. So, when people talk about climate change today, they mean anthropogenic (man-made) climate change. This is the warming of Earth’s average temperature as a result of human activity, such as burning coal, oil and gas to produce energy to fuel our homes and transport and cutting down trees to produce the food we eat.

Plants do need carbon dioxide (CO2) to live. Plants and forests remove and store away huge amounts of carbon dioxide from the atmosphere each year. But the problem is, there’s only so much carbon dioxide they can absorb and this amount is getting less, as more and more forests are cut down across the world, largely to produce our food.

Let’s be clear, CO2 itself does not cause problems. It's part of the natural global ecosystem. The problem is the quantity of CO2 that’s being produced by us as humans; there hasn’t been this level of CO2 in the atmosphere for 800,000 years. 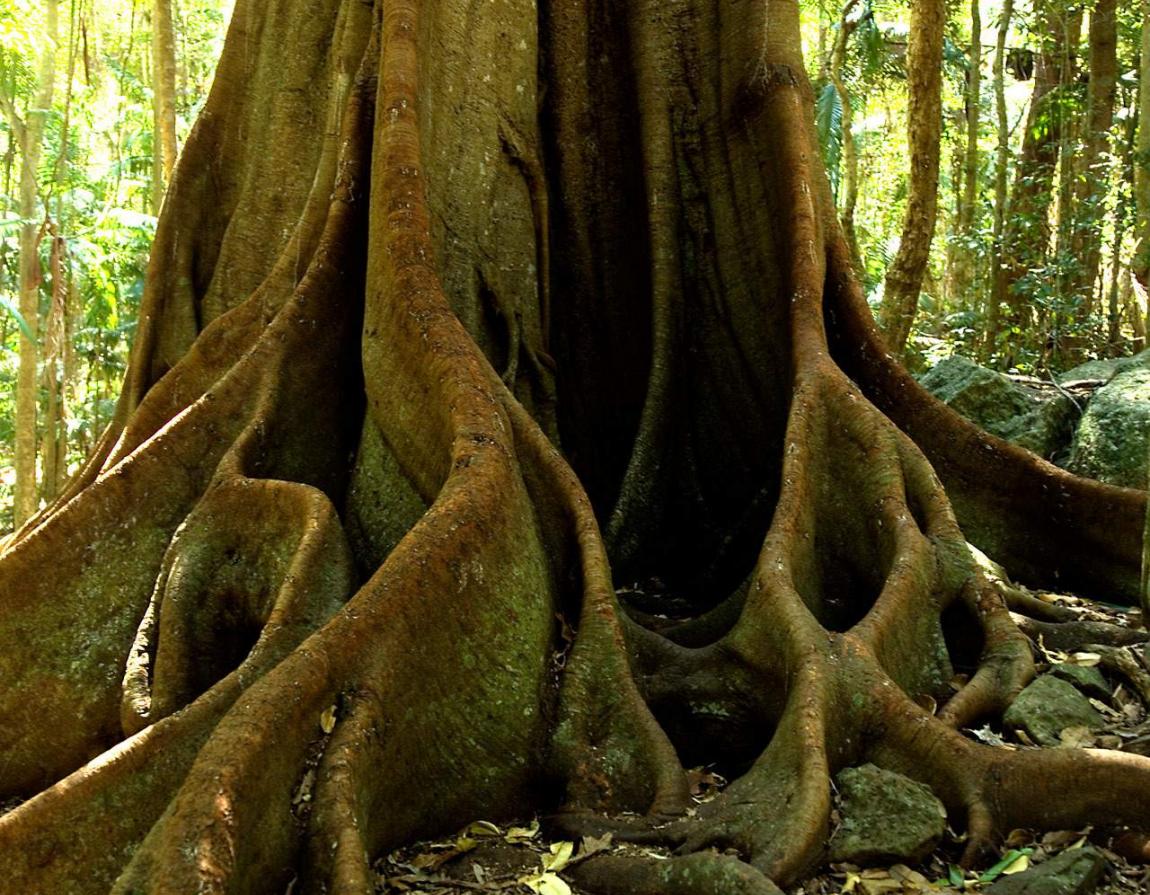 Global warming is causing the Earth’s average surface temperature to increase. This is not only making heatwaves and droughts more likely but it’s also causing changes to our natural climate systems. These changes are making extreme weather events more likely and more severe. For example, hurricanes and storms are becoming more intense, moving slower and taking longer to die down.

Because of where we are, the UK & Ireland are likely to get more rain and wind as a result of climate change while New York will see more snow.

4. Climate change is a future problem

This is no longer an excuse not to act on climate change and push the burden onto future generations. Last year, the world’s leading climate scientists warned we only have 12 years to limit global warming to a maximum of 1.5C and avoid climate breakdown.

We’re already seeing the devastating effects of climate change on global food supplies, increasing migration, conflict, disease and global instability, and this will only get worse if we don’t act now. Man-made climate change is the biggest environmental crisis of our time. It threatens the future of the planet that we depend on for our survival and we're the last generation that can do something about it. 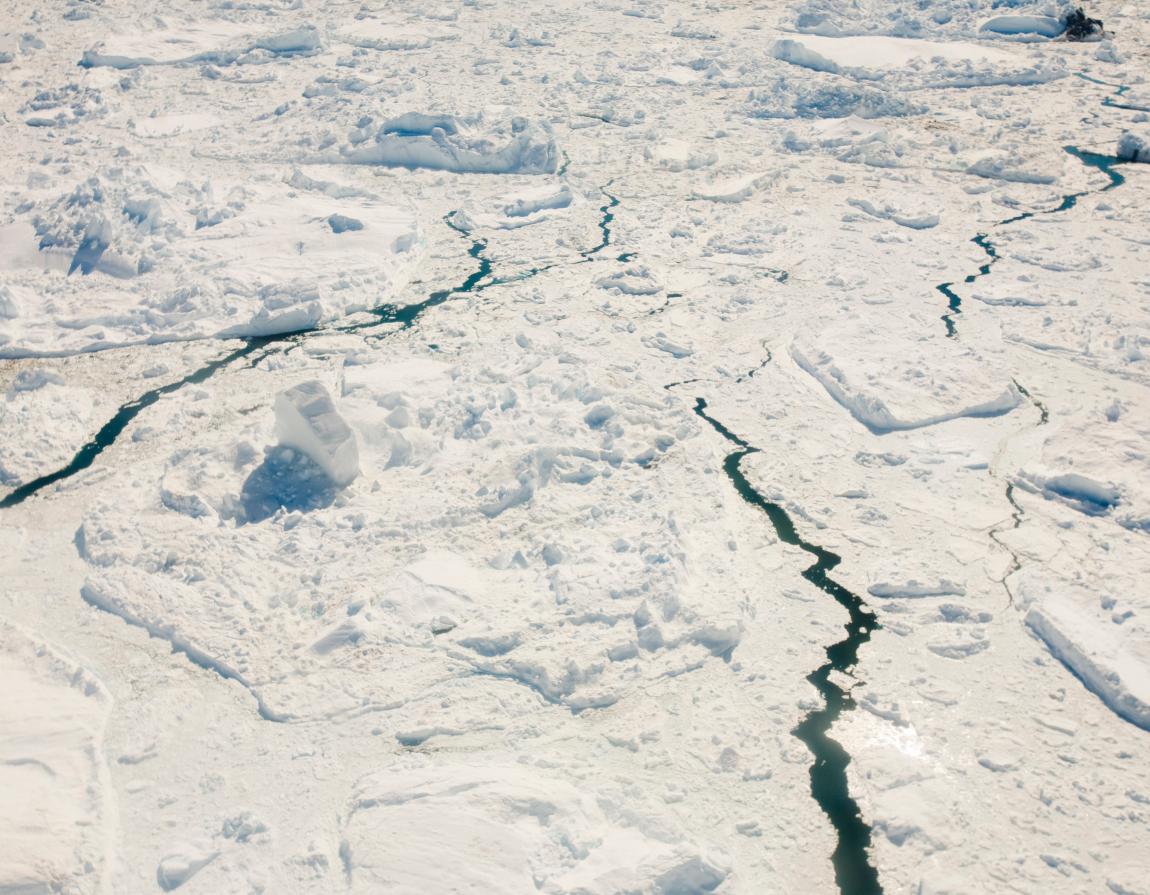 It's a commonly-held belief that renewable energy is expensive, but this simply isn’t true! Solar power and onshore wind are the cheapest ways of generating electricity; meaning the energy they produce is cheaper than using nuclear, gas and fossil fuels.

This isn’t the case. Climate change is the biggest threat faced by polar bears. The Arctic is warming roughly twice as fast as the rest of the world, causing sea ice to melt earlier and form later each year. This makes it more difficult for female polar bears to get onto land in late autumn to build their dens, and more difficult for them to get out onto the sea ice in spring to feed their cubs. Their main source of prey, seals, are also affected by climate change, as they depend on sea ice to raise their young.

This means that in some parts of the Arctic, polar bears are having to survive with less food than they did previously. Polar bear populations are predicted to decline by 30% by the middle of this century. 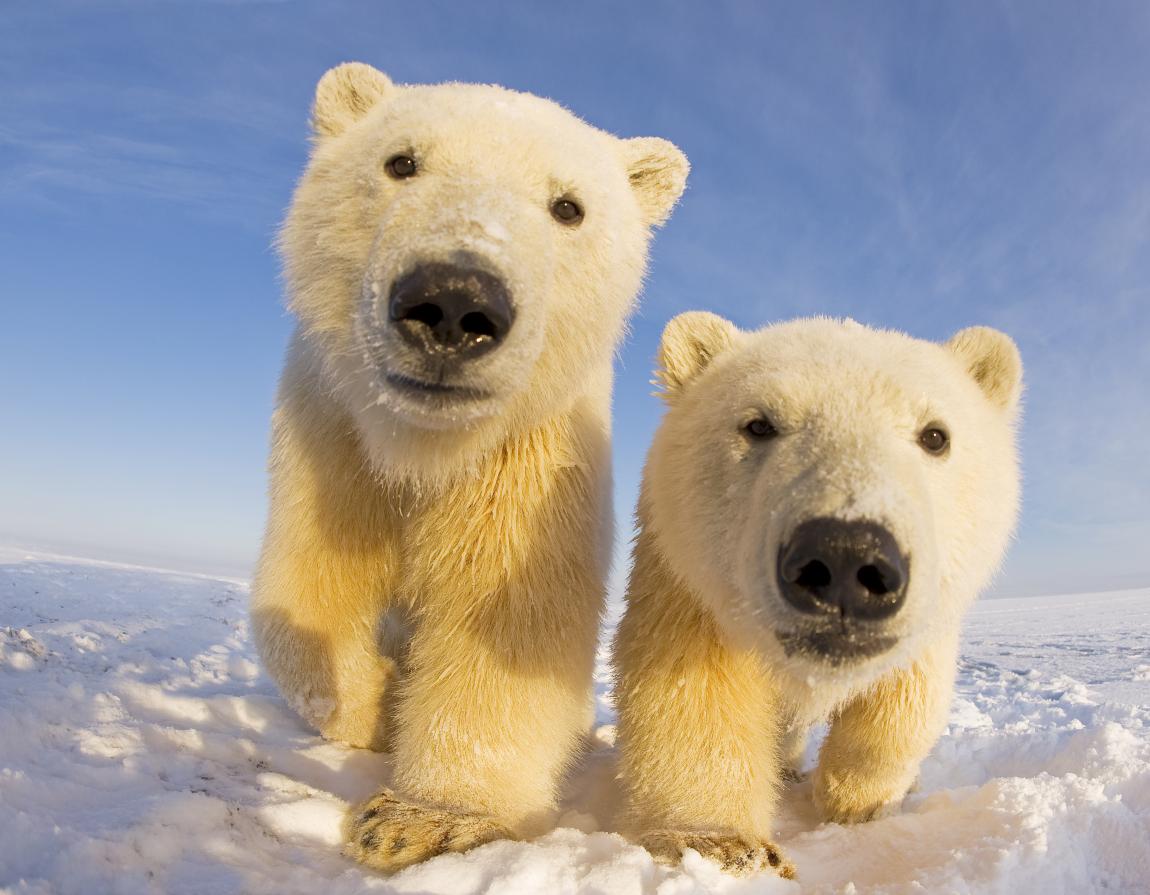 7. Renewable energy can only work when it's not cloudy or windy

Industry is developing new techniques for storing electricity and managing demand at peak times meaning that even if the sun isn't shining or it’s not blowing a gale, it’s still possible to rely on renewable energy sources.

The majority of UK homes get their electricity from the National Grid. When you switch to a clean supplier, they guarantee that for every unit of electricity you take out of the Grid, they’ll put the same amount of clean energy back in, helping to clean up our energy supply.

8. Animals will adapt to climate change

This one isn't a myth, Darwin got the adaptation part right. But let’s be clear, some plants and animals will adapt but not all.

To survive, plants, animals and birds confronted with climate change have two options: move or adapt. There are several examples of species that have begun to adapt to climate change already.

But increasingly, it's a different story for many. Given the speed of climate change, it’s becoming impossible for many species to adapt quickly enough to keep up with their changing environment. And, as habitats are destroyed by roads, cities and dams, moving becomes increasingly difficult.  For those that can’t move or adapt, the future doesn’t look so positive. 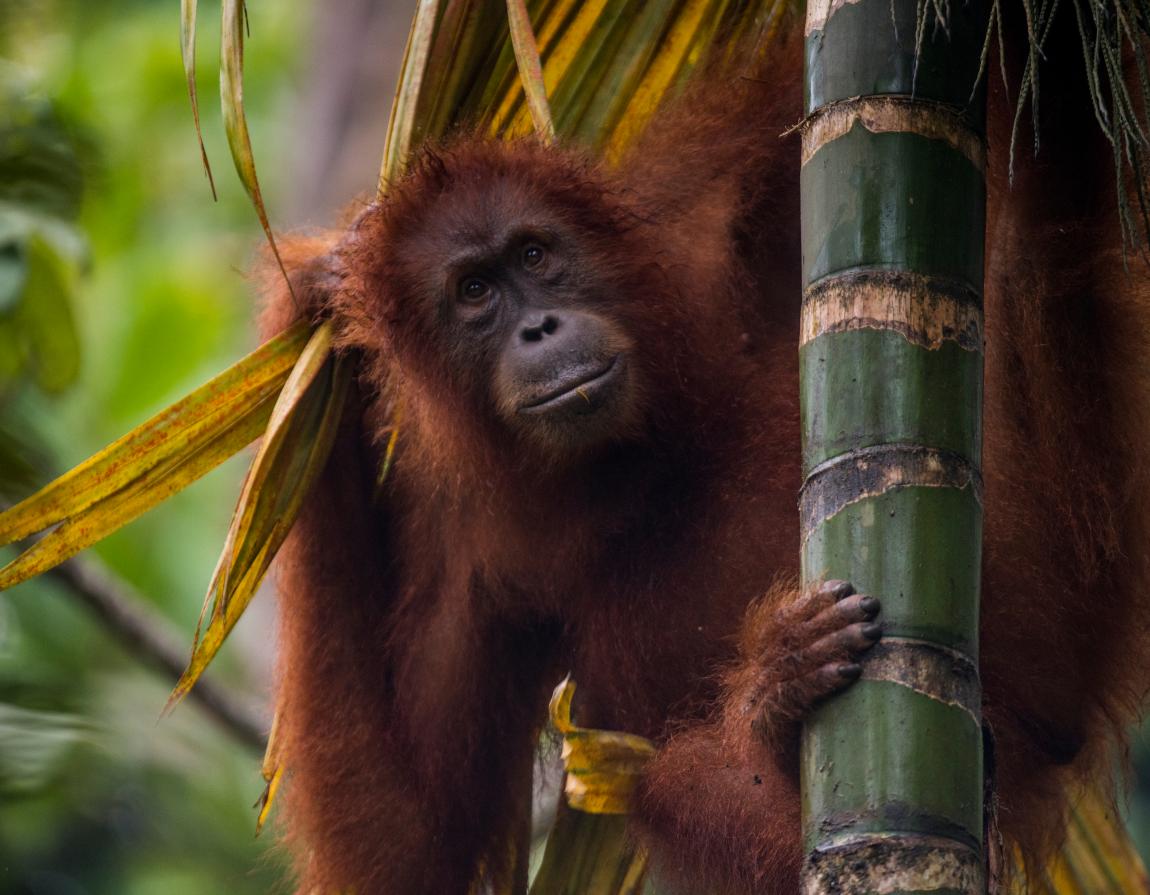 9. Getting rid of humans will fix this

This, we firmly believe, is wrong. It’s easy to start feeling that we've gone too far already and that the planet won’t be able to support the world’s growing population.

It's WWF's mission to build a world where people and nature thrive together. The technology and systems we need to move to 100% renewable energy by 2045 and use our planet's resources sustainably are already available. What's now needed is for political and business leaders to take bold and urgent action towards using these solutions to address the climate crisis and restore nature.

10. China is the only country responsible for climate change

Despite being one of the largest emitters of greenhouse gases, China is currently one of the largest investors in renewables. The increase in investment has been in response to the rapid growth of green business and the need to clean up air pollution in its major cities.

Climate change is a global issue and we all have a responsibility to step up to the climate crisis. Action on it will need serious investment but has the potential to deliver huge benefits for nature and people. We all need to raise our voices and fight for our world!

See, Ive read articles that say the opposite on every point. apart from 10. Thats just filler to get 10 items.

There are many things that come to mind when I read this.

1. If we are warming, this just makes sense. (we were coming off a mini ice age when we started recording, so it stands to reason we started on a low point)
2. We are going around building, and paving the planet with black heat absorbing material
3. Item 2 would mean that the places where temperature data is gathered, is getting closer and closer to infrastructure.
4. This summer in Ottawa came late, and is leaving early. Sure as shit is not the hottest year here. If global temps were rising, why is it getting colder here?

to point my 4, I know global temps is an average, but the last few years have been colder here. is temp data from Ottawa being used? is it being excluded maybe?

This isn’t the case.

Quote:
In Davis Strait, between Greenland and Baffin Island, the polar bear population has grown from 900 animals in the late 1970s to around 2,100 today. In Foxe Basin — a portion of northern Hudson Bay — a population that was estimated to be 2,300 in the early 2000s now stands at 2,570. And in specific areas of western Hudson Bay, the most-studied, most-photographed group of bears on Earth seems to have been on a slow but steady increase since in the 1970s.

Quote by evolution:
Climate change is a global issue and we all have a responsibility to step up to the climate crisis. Action on it will need serious investment but has the potential to deliver huge benefits for nature and people. We all need to raise our voices and fight for our world!

Same shit for thirty years now, always calling for drastic change by an arbitrary number of years (usually 10-15) or else we cross the point of no return, which comes and goes then is magically reset.

Also, nothing happens to the countries that are, by their standards, the worst of the worst. Plastics on the ocean? The vast majority are coming from countries outside of America. While we debate straws (and ignoring plastic packaging which used more plastic, breaks into sharp shards and is a pain in the ass to even open safely) China, Indonesia, India, and dozens of other countries fill the air with toxic exhaust and pollute the oceans. Nickle and lithium mines are creating toxic environmental wastelands to power coal fired *ahem* sorry, 'electric cars' to 'reduce emissions'. Nuclear power, a safe 'carbon neutral' reliable energy is being ignored for bird-killing windmills and solar plants and we are stripping forested land to put up solar panels.

Data has been manipulated for years and yet we still teach that 'drastic rise in temperature' shown on the vastly fraudulent (and observably false) Hockey Stick graph is happening. Hell, while decrying global temperature rise they have been spouting off about a 'mini-ice age' (https://www.telegraph.co.uk/news/science/11733369/Earth-heading-for-mini-ice-age-within-15-years.html)!!!