Nuclear fusion is 'a question of when, not if' 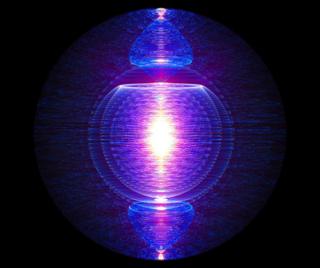 Scientists say we are close to making fusion power a reality - but will it arrive in time to combat climate change?

Quote by tricpe:
but will it arrive in time to combat climate change?

All that heat will warm the planet!!! Fusion power will cause climate change!!!! We should start protesting now!!!

Quote:
The basic idea is to take a type of hydrogen gas, heat it to more than 100 million degrees until it forms a thin, fragile cloud called a plasma, and then control it with powerful magnets until the atoms fuse and release energy.

Potentially, it can generate power that is low carbon, with much smaller amounts of waste. It also comes without the danger of explosions.

So heating hydrogen to crazy temps, then forcing the atoms to fuse by pressing them together, comes with no danger of explosion? The fucking sun is a giant explosion.

Or danger of explosion as compared to what? An atomic bomb?

The key is the volume of the Plasma and the elements being used. At small amounts the atomic material fusion is not enough to cause a large scale explosion and the material used is not producing particle radiation. Additionally I believe the pressure referenced come from the magnetism forcing the plasma away from the walls not from the fusion reaction, so the pressure will not significantly increase past what was required to create and contain the plasma to start with. Because any breach will significantly zero drop the pressure, just like a rocket explosion (containing much larger volumes of Hydrogen than will be used in Fusion Generation) the fire ball will disperse rapidly with minimal damage (especially if during an emergency the plasma start venting before a full scale loss of containment).

Not sure if this makes it sound better or not, but Fusion Tokamak reactor is currently being "EXPERIMENTED WITH" in San Diego not out in the middle of no where.

I am all for Fusion research because this will be key to large scale electrical power generation for large long range Ion Drive Propulsion Space Craft. While it may produce a lot of electricity on earth its cost should prevent it from being the one stop shop for electric generation. We definitely should not slow down or stop converting our electric grids over to Solar, Wind, and Ocean power generation in the hopes fusion will be successful. Instead (regardless of climate change views) we should significantly increase our conversion to greener energy and implementation of Battery Tech because it will reduce any countries budget significantly.

Quote:
Not sure if this makes it sound better or not, but Fusion Tokamak reactor is currently being "EXPERIMENTED WITH" in San Diego not out in the middle of no where.

Somehow that puts my mind at ease. Like as if even the worst possible outcome happened the world would be a better place.