What your voice would sound like on other planets and moons

Barry White’s got nothing on a Martian’s croon. 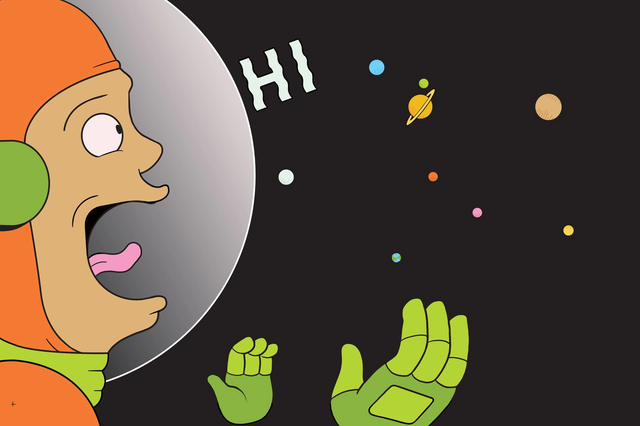 Acousticians sometimes speculate about how conversations might carry on alien worlds. Of course, you’d have no time to chat if you stood in the open air on Mars: Your blood would boil you to death in seconds. But what about those final screams?
No matter where you are, your voice is a product of how swiftly pressure waves move through your larynx and the frequency at which your vocal cords vibrate. But when shouted into different gases of varying ­densities, the same noises take on new forms. Here’s how a few extraterrestrial atmospheres could change your tune.

Mars: You’d struggle to be heard on the Red Planet: Its atmosphere is 95 percent carbon ­dioxide—​the molecular bonds of which absorb vibrations extremely well—​so even speakers blasting at full volume would barely be audible 30 feet away. The chilly air’s chemistry also makes audio move sluggishly, slowing down your croons to a husky bass.

Titan: Saturn’s moon is the most Earth-​like world we’ve studied, but its gas mix is about 50 percent denser than ours. Thick, cold air would slow the tremor of vocal cords and the speed of sound itself, deepening your voice and giving it a rasp. The ­sultry tones would travel far thanks to abundant nitrogen gas, which doesn’t do much dampening.

Venus: These thick, chowder-like climes would drop your pitch about half an octave because the heaviness slows your vocal folds’ wiggling. At the same time, though, waves move quickly through the fog, simultaneously giving you a sort of squawky quality—sometimes compared to Donald Duck.

Other worlds: The rest of the rocky bodies orbiting our sun are virtually silent, as is the case in open space. There isn’t enough gas in their thin or nonexistent atmospheres to carry sound waves at all. A few locales might manage to pro­ject the ruckus of, say, a sci-fi movie explosion, but squeaks on the scale of a human voice would falter.