28
The earliest dinosaurs and pterosaurs were probably also bitsy.

2
The biggest sandwich of the world.
Next

'It Felt Like An Earthquake': SpaceX Prototype Starship Blows Up

"It Felt Like An Earthquake": SpaceX Prototype Starship Blows Up In Massive Explosion Day Ahead Of Manned Launch

In a horribly spectacular failure with the added bad timing of coming almost exactly 24 hours ahead of SpaceX and NASA's rescheduled attempt to make history by launching two astronauts into Earth's orbit as part of work on the Commercial Crew program, set for 3:22 pm ET Saturday weather permitting, the Raptor engine in SpaceX's Starship SN4 prototype blew up on its test stand in Boca Chica, Texas.

“SpaceX just experienced the biggest explosion yet at its Texas site, where it’s testing prototypes for a Mars rocket,” The Atlantic's Marina Koren reported Friday afternoon.

"A resident who lives nearby — just 2 miles away — said it felt like an earthquake," she added. Koren noted that at this point it doesn't appear anyone in the surrounding community was hurt in the massive blast which shook the area for miles.

Either sabotage or insurance claim. I give it 50/50 either way.

Been checking out video all day, SPadre has a great angle that makes it look like a pipe broke during detanking operations and lit on the hot engine. So looks to me the rocket did not fail after its 5th static fire but another test stand failure.

Now that its trashed I expect a new launch stand design before the next rocket is rolled out for its turn. BTW serial number 5 is ready to go when the launch pad is and serial number 6 and 7 are in work as well.

Between this boom, the weather, the pandemic, the riot, the gas can pooring gas on the fire via tweet, I am in a very depressed mood today.

TIME TO:
Put down the phone
Turn OFF with the TV
Cranking the music
Opening a beer. 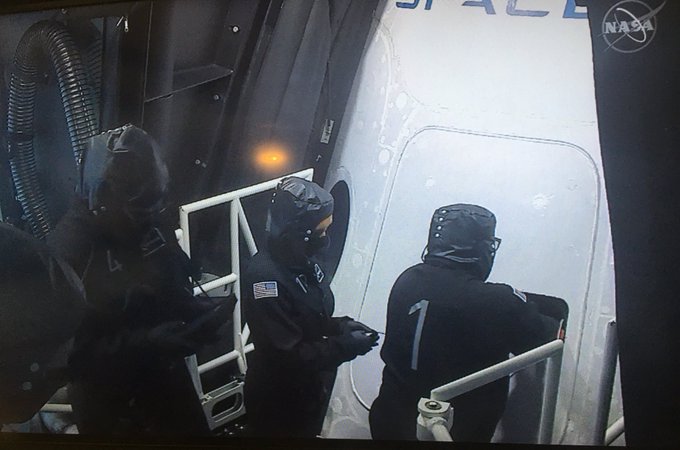 Ha now, no fat shaming.!
Not all space ninjas can be skinny ya know