After Verizon Deal, Yahoo to Become ‘Altaba’ and Marissa Mayer to Step Down From Board 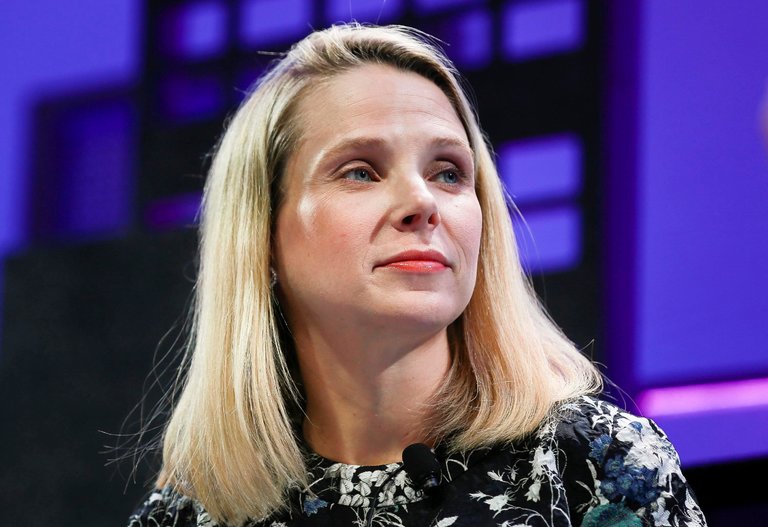 Marissa Mayer, Yahoo’s chief executive, in 2015. More than half of the company’s board members, including Ms. Mayer, would step down after the sale. Credit Elijah Nouvelage/Reuters
SAN FRANCISCO — The fate of Yahoo’s $4.8 billion sale of its internet business to Verizon Communications may be uncertain. But in case it goes through, Yahoo has plans for what will remain.
In a regulatory filing, the company said on Monday that when that deal closed, it would rename itself “Altaba.”
Moreover, more than half of the company’s current board members — including Marissa Mayer, its chief executive — would step down.
Why Altaba?
It is essentially a play on the single biggest asset that would remain of Yahoo if and when the deal with Verizon closes: a 15 percent stake in the Chinese e-commerce giant Alibaba. Altaba would also own a 35.5 percent stake in Yahoo Japan. (A Yahoo spokeswoman declined to comment.)
Still, Altaba is certainly an unusual name — and it also happens to be close to “Al-Taba,” apparently a manufacturer of scissors based in Pakistan.
The company said in its regulatory filing that the directors who would remain after the name change would be Jeffrey Smith, the activist investor who helped prod change at the company; Tor Braham and Catherine J. Friedman, former investment bankers; Eric Brandt, a former chief financial officer of the chip maker Broadcom; and Thomas McInerney, a former chief financial officer of the media company IAC.
Among the directors stepping down would be Ms. Mayer; Yahoo’s chairman, Maynard Webb; and David Filo, a Yahoo founder. Mr. Webb would become chairman emeritus of the newly renamed Altaba.
Of course, all those changes depend on whether Yahoo can actually close on the sale of its primary internet businesses to Verizon, given the disclosure of two hacking episodes, the second of which affected more than a billion user accounts.
Verizon executives have said publicly that they are weighing their options, including potentially paying less than the agreed-upon $4.8 billion. Marni Walden, Verizon’s president of product innovation and new businesses, said last week of the transaction’s fate, “I can’t sit here today and say with confidence one way or another because we still don’t know.”
But Tim Armstrong, the chief executive of AOL, which is owned by Verizon, told CNBC that he was optimistic.
“I remain hopeful the deal will close, and I think we’ll see what the outcomes are of the Yahoo investigations in the meantime,” he said.

What is an Alt Tab A?

Only reason this is happening is because they know that everyone knows that yahoo is a virus ridden spam site. I cant believe Verizon is still coinciding buying this!