12
Are we about to see a Colour Revolution in the United States?

10
The Myth of Systemic Police Racism
Next

Quote of the day 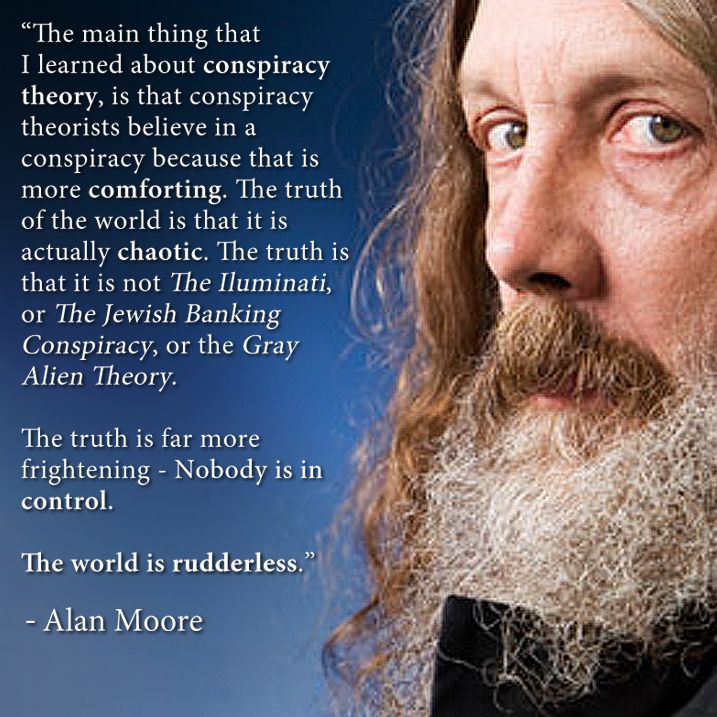 That is just what they want you to believe

Something I find quite interesting about conspiracy theorists is that on some very loose, intuitive level, they're often correct about what's going on in the world. It's just that they lack the ability to articulate it coherently - to themselves and others - due to a lack of basic political or technological understanding, so they sublimate their fears and feelings of having no power over things into bizarrely implausible narratives.

Concerned that Bill Gates wants to plant microchips in your vaccine so he can control you via 5G? What you're actually worried about is surveillance capitalism. Shoshana Zuboff has written a nice book about it.

Scared that Covid-19 is part of some nefarious plot by global leaders acting in unison to push agendas that diminish our freedoms? Have a look at what Naomi Klein calls disaster capitalism.

Think a small cabal of evil people secretly controls everything that happens in the world? Just wait until you hear about all the other ways capitalism, the state and other relations of hierarchy and domination work against collective and individual thriving!

Seriously though, the world is full of complexity and uncertainty and very little is - or even could be - orchestrated in the ways conspiracy theorists think is the case. Uncertainty is difficult to deal with existentially, especially in a fast-moving world, and simple explanations can be appealing, especially when they make us feel like everything that is out of our control is being looked after for us or give us that sense of personal power that comes with being able to meaningfully describe reality. However, if we don't work hard to make ourselves okay with uncertainty, we're susceptible not only to conspiracy theories but also to anyone - fascists, capitalists, sociopaths, New Age gurus - who offers an easy, comforting explanation for the world.

Part of becoming okay with uncertainty is to simply to empower yourself more - the more you learn about how science, technology, politics and so forth actually work, and the more you hone your critical thinking skills, the more of a sense of agency you'll have. More importantly though, being grounded in healthy communities of friends, lovers, families and peers will give you a far deeper sense of security than the false sense of empowerment afforded by some charismatic charlatan's cheap psychological salve. These healthy communities in turn often require difficult interpersonal and political work and here, again, the safer you are in uncertainty, the more you can get done.

Some minds, no matter how great, will ever understand, 'for the luls'.