12
Are we about to see a Colour Revolution in the United States?

10
The Myth of Systemic Police Racism
Next

Alex Jones exclusively revealed Thursday that Joe Rogan signed an exclusivity contract for his podcast with Spotify as a way of striking back against YouTube censorship. 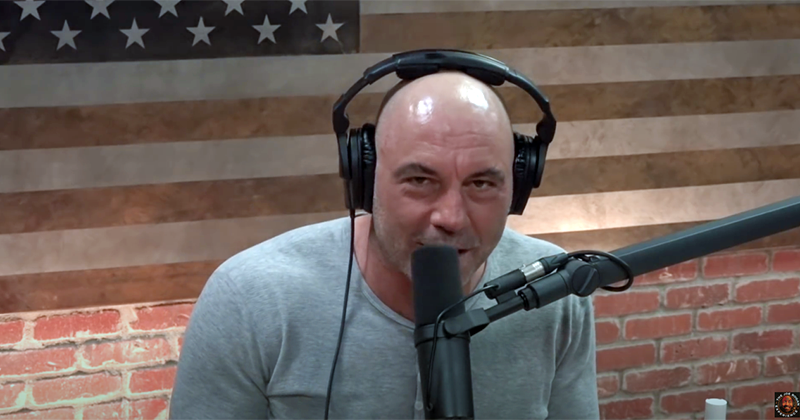 Jones, who has been friends with Rogan for 22 years, spoke at length with the podcast king, with Rogan telling him that he should announce to the world that the move is a direct strike against Google, that the “gloves are off” and he is “going to war” against big tech tyranny.

Jones told his audience that Rogan had encouraged him to go on air and “put it all out there.”

The deal, suggested to be worth $100 million was announced earlier this week. Analysts are saying that it will change the face of media forever.

Jones, who has appeared on The Joe Rogan Experience numerous times, also announced that Rogan had specifically requested in his contract with Spotify that the Infowars host will be allowed to appear uncensored on the podcast on Spotify.

Jones said Rogan wants him as the first guest on the show when it arrives on Spotify on the 1st of September, followed by Elon Musk, who is also currently speaking out against big tech censorship and cancel culture.

The last time Jones appeared on the podcast, it was the most listened to podcast of 2019 with over 17 million views on YouTube..

Google was subsequently caught shadow banning the episode in an attempt to stop its popularity.

Jones said Rogan told him he is sick of being treated poorly by Google, and the straw that broke the camel’s back was that Rogan wanted to interview doctors and experts who have differing opinions on the coronavirus to the officially sanctioned narrative, and was told by YouTube that they would not allow such content on their platform.

Rogan also told Jones that the lockdown has provided him more clarity on the situation.

Rogan has noted on his podcast that YouTube is consistently demonetising his content and removing videos. He told Jones that he sees it not only as ‘un-American’, but also ‘anti-human’.

An excited Jones descried the move by Rogan as “peak internet”.

Rogan’s podcast was downloaded 190 million times per month last year. His YouTube channel has 8.42 million subscribers, and the move away is sure to be a huge strike against big tech thought control.

That's a whole lot of hearsay.

It's the internet, what's your point?